About This So-Called Failure 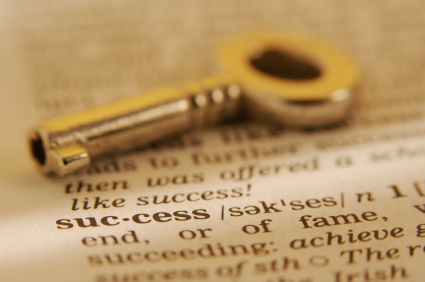 We all have big dreams, and in our heart of hearts believe we’re somehow destined for greatness (and we are).  We know our talents, and we know what we’re capable of doing/becoming.  And yet, many of us struggle to see our dreams fulfilled.    There are bumps in the road, negative responses to our efforts, and seemingly countless failures.  But how many failures are we supposed to endure, and should we ever give up on our dreams?

Never give up on your dreams.

Of course we’re going to face failures.  Of course our goals and dreams aren’t going to come easy.  They don’t for most people.  Don’t believe that?  Let’s look at a few examples:

Does the name Jerry Seinfeld ring a bell?  His name became a household word during the run of his self-titled TV sitcom, “Seinfeld.”   It was one of the most successful sitcoms in network history, yet just a few years before, no one would have ever believed this could be true.  The first time Seinfeld ever took to a comedy stage, he completely froze, was heckled and booed off the stage.  However, he still believed in himself and his ability to do comedy, and so the next night he went back to that same club, and though he was a bit scared he did what he knew he could do.  He had the audience roaring with laughter that night, and the rest is TV history.  Seinfeld succeeded, not because he didn’t ever fail, but because he believed in himself.

In his first screen test with MGM studios, a casting director said this about Fred Astaire—one of the most phenomenal dancers ever, “Can’t act.  Can’t sing.  Slightly bald.  Can dance a little.”   It’s hard to believe anyone could say such a foolish thing about someone so obviously talented.  But this only goes to prove that others don’t always get it right about us either.  So don’t give up just because someone makes negative comments or doesn’t think you’re talented.  Work extra hard and prove them wrong.

Do you remember Charles Schulz, the creative cartoonist responsible for Charlie Brown, Snoopy, and the rest of the Peanuts gang?  From a young age Charles knew he wanted to be a cartoonist, and so throughout his high school years he would submit his cartoons to his school newspaper, year book committee, local publications, anywhere he could find, and yet, not once was one of his cartoons accepted.   Now, we can’t begin to imagine what the world would be like without those lovable little characters he created.  Thankfully, Schulz never gave up.  And you shouldn’t either.

J.K. Rolling, the author of the infamous Harry Potter series was nearly penniless, severely depressed, recently divorced, a single mom, and was attending school when she decided to sit down and write her first Harry Potter book.  In a span of just five years she went from being down-and-out, to one of the richest women in the world.  Sometimes, good things don’t take as long as you think they’re going to.

Even Albert Einstein—a name used synonymously with genius—had a bit of a rough start.  He didn’t speak until the age of four, and didn’t start to read until the age of seven.  His teachers and parents began to speculate that he might be mentally handicapped or slow.  Due to his lagging-behind behaviors he was expelled from school and later refused admittance into the Zurich Polytechnic School.  And yet, in later years, this man became a Nobel Prize winner and changed the face of modern physics.  Only goes to show that some of us are late bloomers, but we eventually make it.

And if you need just a little more encouragement, Michael Jordan, a man some argue was the greatest basketball player to ever play the game, had this to say about his journey to success: “I have missed more than 9,000 shots in my career. I have lost almost 300 games. On 26 occasions I have been entrusted to take the game winning shot, and I missed. I have failed over and over and over again in my life. And that is why I succeed.”

And you can too.  Don’t worry about the failures.  Just keep your eye on the prize.