It’s a Beautiful Day in the Neighborhood . . .

If you’ve been paying even the slightest bit of attention to the news reports and headlines lately, you know we are experiencing a tremendous amount of sadness and senseless tragedy in our world.   From the Stanford student rape trial, to the mass shootings in Orlando, our world can be a truly sad and frightening place at times.  It’s no wonder so many people feel overwhelmed, helpless, depressed, and stressed out.

But in the midst of our stress, and in the midst of what feels like utter chaos, let’s take this moment to breathe, and to remind ourselves that the world is still a wonderful place of opportunity and hope.  And each of us has the potential to help make our world an even better place.

Still, we need to start somewhere.   One great starting point is when we extend human kindness, caring, and compassion to others.  In doing so, we become part of the cure rather than part of the ailment. Kindness…gentleness…helping someone in need; these things make the world a little less scary and a little more hopeful.

One of the most profound remin 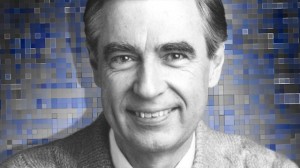 ders of this is a quote by the late Fred Rogers, longtime host of the PBS children’s program, Mr. Rogers’ Neighborhood.  You may have heard the quote before; perhaps many times, but it bears repeating in light of recent events.

Rogers shared “When I was a boy and I would see scary things in the news, my mother would say to me, ‘Look for the helpers.  You will always find people who are helping.’”

When tempted to only see the bad, the evil, the awful, and the absurd in our world, stop and look for the helpers.  In the Stanford case, a rapist was brought to justice by two passersby on bicycles who saw the unconscious woman being victimized and apprehended her assailant.  And while 50 people tragically died (including the gunman) in the mass shooting in Orlando, we can find strength and hope by looking to the helpers—the police, first responders, patrons and bystanders.

Though we should never, ever put ourselves in harm’s way, we should always do our part to show kindness to a hurting world.  Maybe then we will be able to say, as the Mr. Roger’s Neighborhood theme song says, “It’s a beautiful day in the neighborhood.”