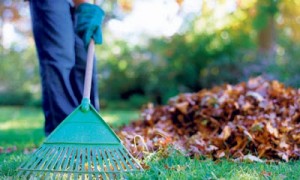 Do you recall the last time someone, just out of the blue, did something really nice or kind for you—something you hadn’t counted on or expected?  Remember how it made you feel?  Pretty special, right?  Chances are it felt so good that you wanted to do something good for someone else in return.  That’s how kindness is—it spreads like wildfire.

Random acts of kindness (RAKs) are defined as selfless acts performed by a person (or people) wishing either to assist or to cheer up an individual person or people. They’re nice gestures meant to help, encourage, or simply do some good in this world.

RAKs can shift the entire momentum of our day from negative to positive, from blah to aaahhh!!! Take for example an event that occurred this past August at a Starbucks in St. Petersburg, Florida.  It started on a Wednesday morning around 7 a.m., when a woman paid for her iced coffee, along with the caramel macchiato ordered by the driver behind her.  Her single act of kindness so inspired that woman, she too decided to pay for the drink of the person behind her.  The cycle continued for more than 10 hours, with one patron after another extending caffeinated kindness to the unsuspecting person behind them.  After looking through the day’s receipts, Starbucks reported that nearly 450 people had paid for the drinks of those behind them before the chain finally ended Wednesday evening.

One single act of kindness affected 450 people directly, and countless more indirectly.  But it doesn’t just mean buying a cup of coffee for someone.  RAKs can be just about anything—from low cost to no cost.  And they don’t  have to come from a store at all.  As a matter of fact, the best random acts of kindness come straight from your heart.

So let’s RAK up some good in our world by simply being nice.  You’ll be amazed at how your gesture will inspire others to do the same.