Tale of an Underdog

Ever feel like an underdog—the person working their tail off to achieve something significant, but few are rooting for you, and fewer yet are expecting you to become a success?   You’re not alone. Most of us have been there.  And even when we do achieve a measure of success, attempting to pursue greater goals can sometimes hurl us right back into the “underdog” status.

Greg Gard knows exactly what this feels like.  Perhaps you recognize his name.  For a number of years Gard was an Assistant Coach for the UW – Wisconsin Men’s Basketball Team under the long-standing and highly beloved Head Coach, Bo Ryan.  Though Gard had achieved a degree of success in his own right, he also lived in the shadows of the hugely successful Ryan.  But when Ryan retired in December of 2015, midseason, he passed the torch to Gard as interim head coach for the remainder of the season, much to the dismay of the majority of their fans. 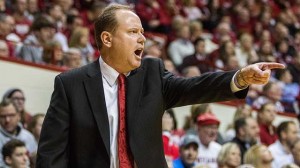 Coach Ryan set a high standard for coaching and left huge shoes for his successor to fill.  Since Gard was only slated to be the interim coach, he would have to prove himself in a big way if he had any hopes at all of becoming the permanent Head Coach one day.

He had inherited a team that was off to its worst start in 17 years, and from day one, the Badger basketball bloggers and fans speculated mercilessly about who the next full time head coach would be after this season—certainly it wasn’t going to be Gard.  Other big name coaches were being tossed about, and no doubt, buzzed around the head of Gard as he took over a very young and inexperienced team.  Coaches like Tony Bennett of Virginia, another former Ryan assistant was most often rumored.  And it didn’t help calm any of Gard’s possible underdog feelings when the team got off to a 1 in 4 start.

Gard has said he was careful not to focus on the losses, but to do his part and to coach the team to the best of his ability.  Suddenly the underdog began to emerge, along with his Badgers, as victors. They grew individually, and as a team, by leaps and bounds.  And they began to win.  A lot.  They went 13 and 6 under Gard’s coaching, and have subsequently made the NCAA tournament, which begins this week.

Thrilling victories over Indiana (the eventual Big 10 Champion) and Michigan State, who many think is the best team in the country, opened people eyes.  They were winning the games they weren’t supposed to win, and winning the games they weren’t supposed to lose.  Yet, it’s probable that even winning did not rid Gard of his sense of being an underdog.  Remember, he was the interim head coach, not contracted beyond the end of this season.

Job insecurity is a defining characteristic for an underdog.  But Gard said he couldn’t let himself worry about that.  And single-mindedness and tenacity paid off for the underdog when Gard was rewarded just last week with a rich five-year contract as the full-time head coach for the UW- Wisconsin Men’s Basketball team, quieting the scoffers who never believed he would be Ryan’s permanent successor.

Gard’s story serves as a reminder to all that even when we’re the underdog, what others think is not near as important as what we think.  As Henry Ford, founder of the Ford Motor Company once said, “Whether you think you can, or you think you can’t – you’re right!”  So don’t worry about being the underdog.  Stay focused.  Stay committed.  And realize your dreams.