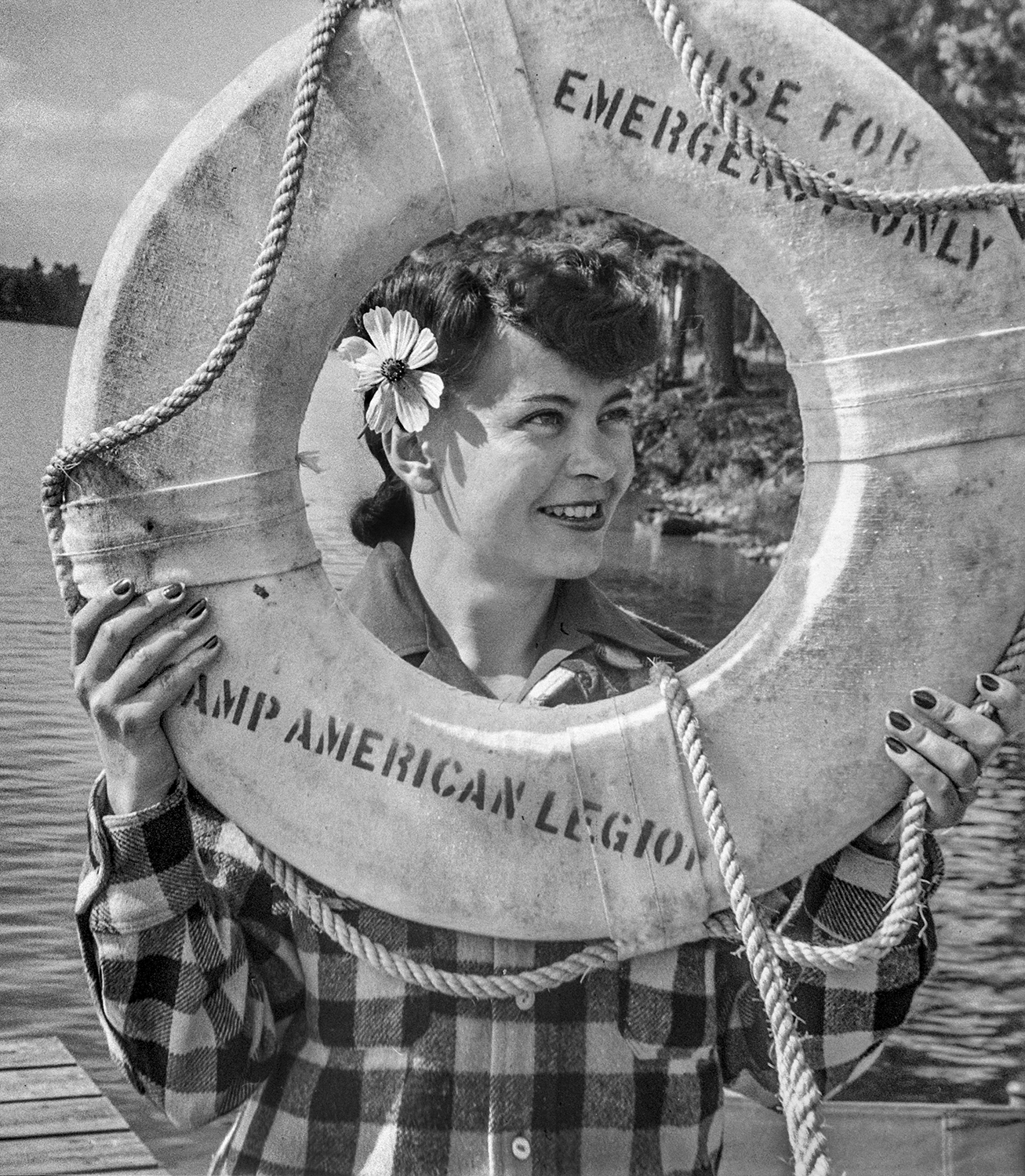 The oldest child of seven in Stanley and Clara Pronz’s family from Stevens Point, Carolyn graduated from the University of Wisconsin-Stevens Point and became a teacher in a one-room schoolhouse near Antigo before joining the U.S. Navy as a WAVE during World War II, where she served as a pre-flight instructor.  After injuring her back in a Link trainer accident and being discharged, she married S/Sgt. Michael S. Roshak, USAAF (also of Stevens Point) in 1945. The couple had two sons, Alan B. Roshak (b. 1948) and Bruce B. Roshak, USAF (1956-2013). Following Michael’s discharge from the Army Air Force, Carolyn worked various jobs, including as an insurance company office administrator in Chicago, to put him through the Chicago College of Optometry. When her husband had established his Milwaukee practice, Carolyn went to night school at UWM to obtain her master’s degree, and with this certification, she first worked with emotionally disturbed children at the Milwaukee County Institutions, then as a special education teacher in the Milwaukee Public Schools.

Retired from teaching, Carolyn volunteered at the Sacred Heart Sanitarium and was a docent at the Frederick Pabst Mansion. In her seventies, she sought work as a senior citizen model for photos and commercials but didn’t do as much as she liked because she was told she didn’t look old enough. Her energy led her to apply to be an extra during the filming of “Major League” at County Stadium, and not only was she in the film, but she became a volunteer in the production office too.  At about the same time, Carolyn began writing short accounts of her life experiences that she later shared with other members of her retirement home. She was active in the American Legion and was reputedly the first woman veteran to stay at Camp American Legion near Minocqua in 1945 (along with Michael). She was one feisty lady.

Carolyn is survived by son Alan (Kathryn) Magayne-Roshak, and sisters Patricia Woock and Claire Anderson. She requested there be no services.

To leave a condolence, you can first sign into Facebook or fill out the below form with your name and email. [fbl_login_button redirect="https://www.krausefuneralhome.com/obituary/160956/?modal=light-candle" hide_if_logged="" size="medium" type="login_with" show_face="true"]
×