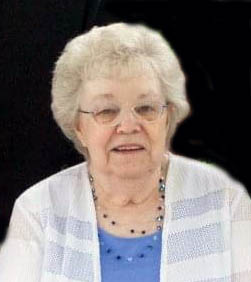 Barbara J. Falk (Nee Mann) Began her Eternal Life in Heaven on Sunday, October 3, 2021. She was born to William and Freda Mann on July 12th, 1934 in Sparta (Casanovia), MI. Barbara shared her life and her love with two lucky men, Herbert Hale and Donald Falk. Herb and Barbara married on June 12th, 1954. They had two beautiful daughters together, Susan (Dan) Cyr and Penny (Kirk) Ratchman. After Herb’s passing, Barbara married Donald with whom she had two more wonderful children, Donald (Laurie) Wm and Paula (Kevin) Hoskins. Barbara and Donald were married on July 27th, 1963, and they shared 49 blissful years of marriage together, until his death in 2012. Barbara lived in seven different cities before settling down in Winneconne, WI in 1951. She lived there until she moved to the Milwaukee area where she lived for the last eight years. Barb made many dear friends in her Highlands apartment building, including her Penny Poker ladies who helped to keep Barb’s mind sharp and her heart full. Barbara was kept young by her 11 grandchildren, Daniel (Marie) Kramer, Amanda (Nick) McGinness, Teresa Swift, Christopher (Christine) Cyr, Joy (Sam) Ratchkramer, Beth Ratchman, Connor and William Falk, Josh Dillhunt, John Kyle (Jessica) and Christopher (Erin) Hoskins and her 12 great-grandchildren, who will all miss her dearly. All of those who loved Barbara take solace in the knowledge that she is reunited in Heaven with her husbands, who she missed so deeply.

To leave a condolence, you can first sign into Facebook or fill out the below form with your name and email. [fbl_login_button redirect="https://www.krausefuneralhome.com/obituary/barbara-falk/?modal=light-candle" hide_if_logged="" size="medium" type="login_with" show_face="true"]
×