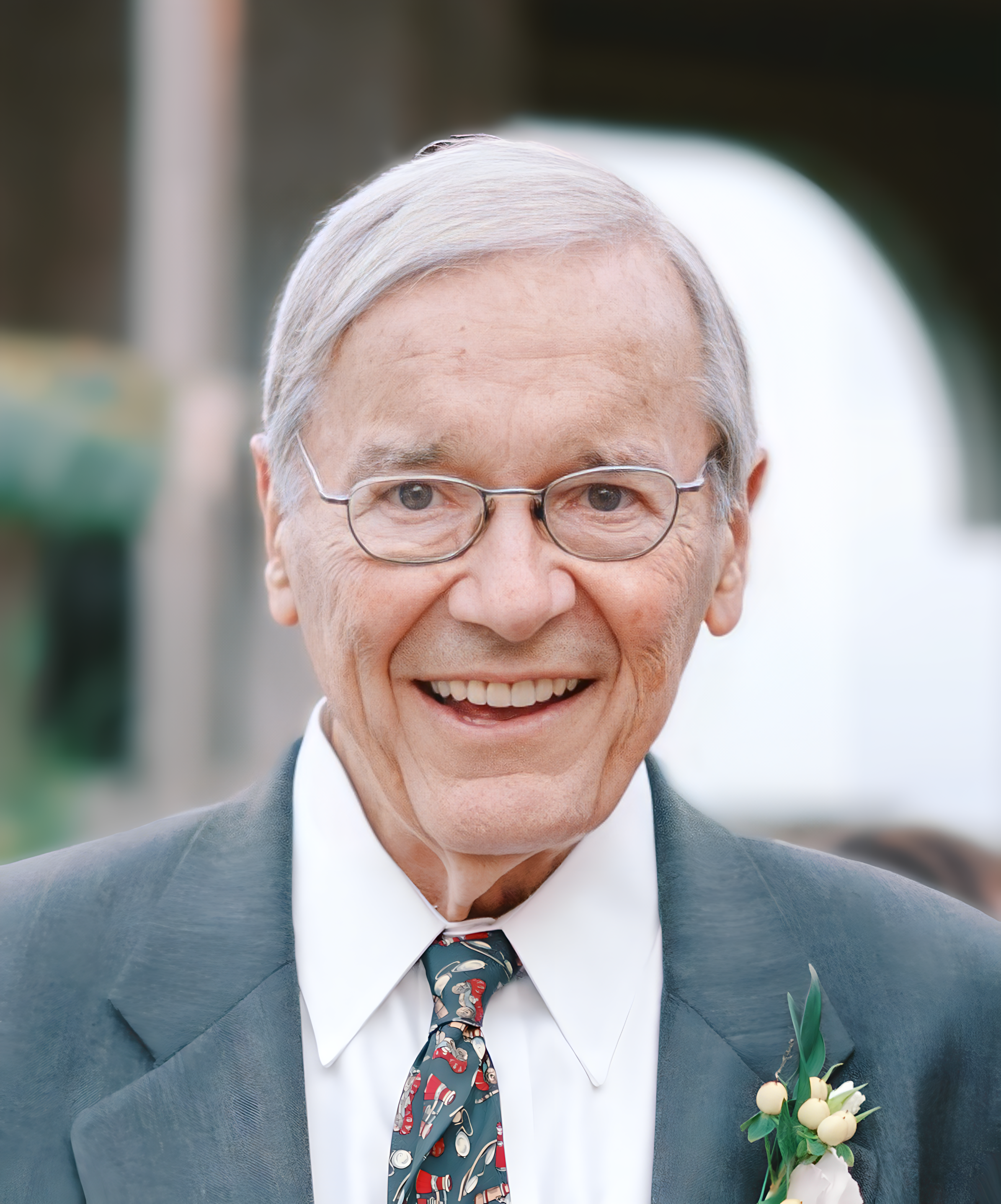 If you knew Chuck LaBracke, you know how he could light up a room! Quick witted, Chuck was constantly smiling, and generous to a fault, as he on occasion would offer the literal shirt off his back. The ultimate positive thinker, Chuck took it as a personal challenge to help people see the bright side of things. Loved immensely by family and friends, he set the standard of what it means to be a fine and true gentleman.

Born on April 3, 1937, to Charles John and Catherine Elizabeth (Rossman) LaBracke, Chuck grew up in humble means on the south side of Milwaukee, attending Vieau grade school. He and his beloved sister, Joan, spent idyllic summers on the Rossman family farm in West Bend with his larger-than-life uncles, Steve Rossman and Joseph Rossman, as well as his grandparents. He loved telling stories about the tricks his uncles played on him and helping his grandma chase chickens with their heads cut off. During World War II, Chuck and Joan volunteered with the Civil Air Patrol and he dreamed of becoming a pilot.

His “lifetime” as a salesman began when he was 8 years old. He shined shoes as a boy, then sold magazines as an adolescent. Chuck attended Marquette University where he was recruited as a Lifetime cookware salesman. He became a star salesman, manager, company president and eventually the owner and continued selling cookware into his 70’s. All the while he was a leader in many local groups such as president of Sales and Marketing Executives of Milwaukee, Junior Achievement, The American Cancer Society, and many times serving on his church council.

As a young man Chuck attended South Division High School where he met the love of his life over the piano in the choir room. Chuck and Sandy celebrated their first date anniversary every year and enjoyed a lifelong romance of over 65 years. He loved the Elm Grove home they built and shared for over 49 years where they raised their 3 children: Steven (MaryRose) LaBracke (Castle Rock, CO), Catherine (David) Bauer (Brookfield), and John LaBracke (Oconomowoc). Chuck was blessed with ten grandchildren: Mary Catherine “Catie” (Casey) Kannenberg, Steven LaBracke, John LaBracke, Alexander (Lisa) LaBracke, Laura (Derek) Taylor, Charles Bauer, Gerald “Bear” (Jackelinne) Bauer, Nicholas “Nico” LaBracke, Jack LaBracke, and Ava LaBracke. He liked to joke that all 10 grandchildren were girls except for 7. He was also great grandfather to 8 children: Steven, Peyton, Lucy, Henry, Evangeline Kannenberg and Emmaline LaBracke, as well as Ford and Tessa Taylor who called him “Boppa Truck.” Also dear to Chuck was Kia Kjensrud.

Chuck was a member of the Western Racquet Club for 50+ years where he made lifelong friends. He traveled the world, seeing all but one continent, and he treasured taking his grandsons on their 10-year-old birthday fishing trips to Lake of the Woods, Ontario. Chuck was an excellent cook and kept a tomato garden into his early 80’s. He loved reading, telling jokes,
naps, going to the movies, walking at the lakefront or Lapham Peak, going for rides, and eating out.

Chuck was a man of deep faith who read the Bible daily, saw the Holy Spirit at work in his life, and quietly shared words of encouragement to those who needed it. Near the end of his long journey, he was ready to accept God’s promise of eternal life and he died peacefully surrounded by family.

To leave a condolence, you can first sign into Facebook or fill out the below form with your name and email. [fbl_login_button redirect="https://www.krausefuneralhome.com/obituary/charles-j-labracke/?modal=light-candle" hide_if_logged="" size="medium" type="login_with" show_face="true"]
×