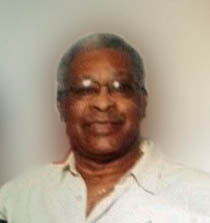 Charles Richard Davis was born on February 14th, 1945 to the union of Odell and Edna Mae Davis in Mount Vernon, IL.  They moved from Mount Vernon to Milwaukee in 1949.

Charles received his formal education through the Milwaukee Public School System and graduated from North Division High School in 1963.  Charles also served in the Air Force from 1964 to 1968.  Where he did a tour of duty over in Vietnam.  He was honorably discharged in 1968.

On November 15th, 1969 he was united in holy matrimony to Kathleen Marie Schaefer (Davis).  Their union was blessed with two children Kelly and Tiffany.

Charles was employed at Control Data/Ceridian till 1995.  He held various titles while there from data processing, to diversity recruiter, to running their Brookfield location.  After leaving Control Data/Ceridian, Charles began a new career as a business manager at St. James Catholic Church in Menomonee Falls.  He retired from there in 2011.

Charles or affectionately known as “Poochie” to close family and friends, was a man who was always willing to lend a hand to anyone who needed it.  He was someone who always had his family and friends best interest at heart.  Everyone always knew when he was in the room or at the party.  He had a presence to him.

He loved having fun.  He enjoyed watching his sports, especially his Wisconsin teams.  He enjoyed golfing with his family and friends.  He loved racing, especially the Kentucky Derby (which he had gone to on more than one occasions).  He loved his music, especially The Temptations, and he loved to visit and travel places.

He is proceeded in death by his mother Edna Mae Davis, his father Odell Davis, his stepfather Ollie Bobo, his younger brother Ralph Davis, his loving wife Kathleen Davis, and his loving daughter Tiffany Davis.

One of his last wishes was to let you all know

“To all my family and friends, I love you all.  It was a great ride.”

To leave a condolence, you can first sign into Facebook or fill out the below form with your name and email. [fbl_login_button redirect="https://www.krausefuneralhome.com/obituary/charles-richard-davis/?modal=light-candle" hide_if_logged="" size="medium" type="login_with" show_face="true"]
×