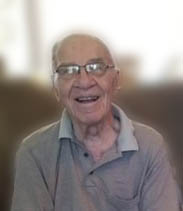 Preceded in death by his wife Caroline and daughter Constance Floyd.

Baldy worked at A.O. Smith for many years before his retirement. He was also a proud Korean War Veteran. Baldy was an avid fisherman, especially if it meant catching bluegills. He was “Mr. Fix-it,” doing all home projects on his own. Above all, he adored his family and spending time with his grandchildren and great grandchildren.

A memorial gathering will be held on Thursday, December 9, 2021 at St. Margaret Mary Catholic Parish, 3970 North 92nd Street, Milwaukee, Wisconsin from 9:30 AM until 11:00 AM. Mass of Christian Burial will begin at 11:00 AM. Interment Southern Wisconsin Veterans Memorial Cemetery at a later date.

To leave a condolence, you can first sign into Facebook or fill out the below form with your name and email. [fbl_login_button redirect="https://www.krausefuneralhome.com/obituary/clarence-repinski/?modal=light-candle" hide_if_logged="" size="medium" type="login_with" show_face="true"]
×