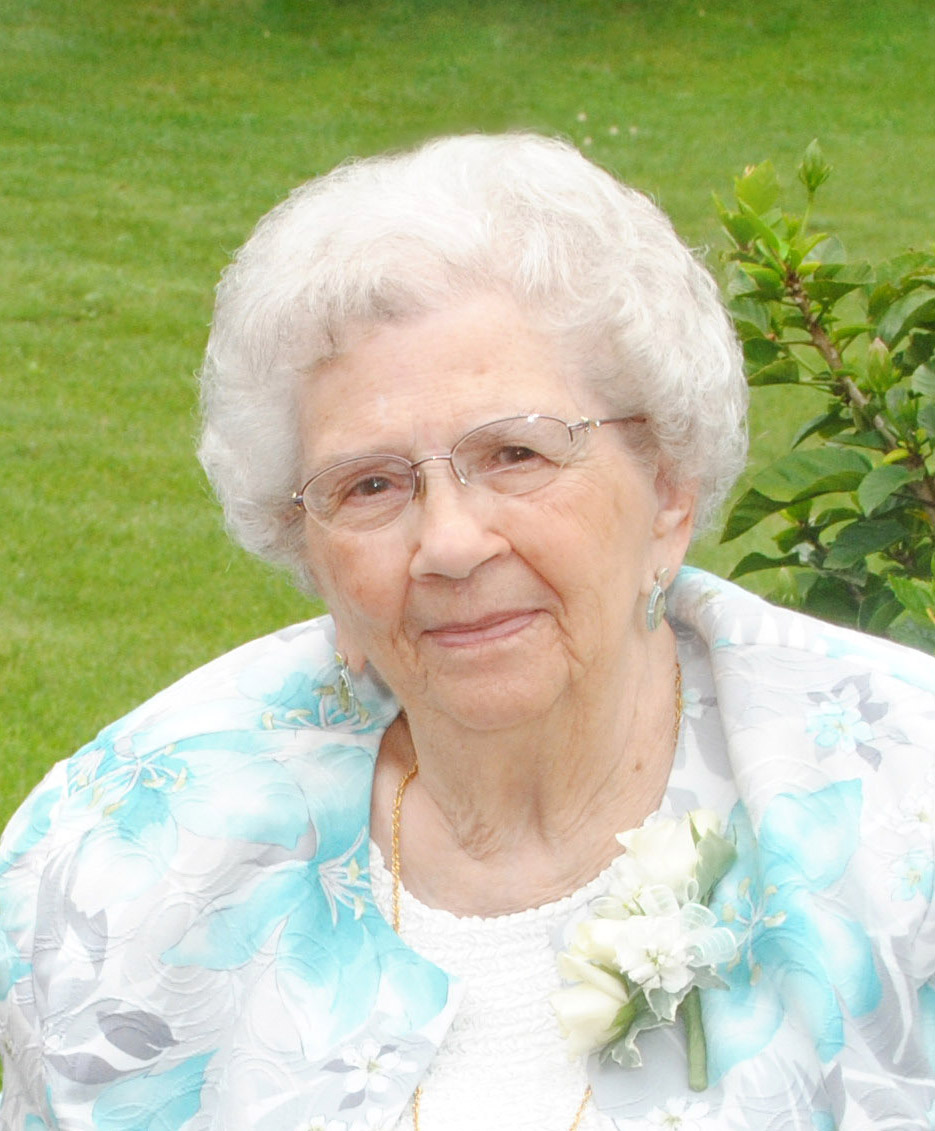 (Nee Wiggers) was born to eternal life on August 6, 2020 at the age of 98 years.  She will be missed dearly by Herbert, her loving husband of 75 years. She was preceded in death by her parents, Helen (nee Bialecki) and Charles Wiggers.

Dorothy is survived by her six children; James and Eunice Puetzer and their family Nicholas (Jessica) Puetzer with Landon and Avery; Katie (Brian) Nash of Chantilly, VA with Lucas, Maya, and Nora; Richard Puetzer of Vail, CO; David and Bonnie Puetzer; Mary and the late Michael Milliren and their family Gregory Milliren and Daniel Mollick of St. Louis Park, MN; Julie (Matthew) Hager of Green Bay with Jayden, Jemma, and Silas; Jeffrey Milliren of St. Louis Park, MN; Margaret and Anthony LaMalfa of Appleton, WI and their family Joseph (Marissa) LaMalfa with Grace and new baby due in September; John (Ayaka) LaMalfa of Arona, Italy; Susan Boomgaarden and her family, Monica Boomgaarden of Golden, CO; Sarah Boomgaarden; Maggie (Travis) Johnson of Wheaton, IL; Jacob Boomgaarden. And her faithful companion JoJo, who will very much miss sleeping on her lap. Her children would describe her as a loving mom with the kindest and most gentle soul who would do anything for them.Those who met her grew fond of her because she truly cared about each person she knew.

Dorothy’s young life was filled with special times with her dear mother as her father died when she was just four years old.  Her mother’s sister, “Gram”, uncles and cousins lovingly cared for Dorothy and her mother, especially when Dorothy lost her mother when she was 21 years of age.  She attended Messmer High School, and Mount Mary College (now University), where she was a member of the first graduating class in Occupational Therapy in 1944. In May of 1944, Dorothy met a young Army Air Corp pilot named Herb when he was home for a brief visit. World War II was in play and Herb was stationed in North Africa so their courtship was mostly by mail. Things moved quickly and by September they were engaged, and on February 13, 1945 they were married.

They began their life together on a family farm in New Berlin which was a very new environment for Dorothy as she was a ‘city girl’. Nevertheless, she always remembered those days with a smile. Soon she and Herb made their new home in West Allis where Dorothy was thrilled to be blessed with six children. She was an only child and reminded her children often how fortunate they were to have each other.

As Dorothy’s children grew she became very involved in school and church activities at Holy Assumption Parish. For years she served as den mother for Cub Scouts, and leader of Brownie and Girl Scout Troops. She belonged to the Christian Mother’s Society and Our Lady of Perpetual Help Society. In addition, she was very active in the Ladies of Columbus, West Allis Council 3095.

Although a city girl at heart, Dorothy was a spirited participant in Herb’s Canada fishing trips being content to make a shore lunch with fresh caught fish. She embraced Herb’s love of dogs often finding a dog under her feet as she moved about the house. This was boldly apparent, especially with her steadfast companion JoJo, who was at her side until her final days.

After Herb and Dorothy’s children were grown they enjoyed traveling and had many wonderful adventures throughout the United States including Alaska, Canada, Germany, New Zealand, Australia, and Mexico. They especially enjoyed the US National Parks.

Dorothy was devoted to her husband and her children. She loved nothing more than hosting holiday gatherings with all of her children, grandchildren and great-grandchildren. Very seldom was anyone absent. Dorothy joined in the customary after dinner spirited sheepshead game whenever the family gathered. She loved to bake, knit, crochet, sew, and quilt often sharing her talents and teaching others. An avid reader, she always had a book nearby. Reading to her children, grandchildren and great-grandchildren brought her much joy. She was an enthusiastic Packers, Brewers, and Marquette Golden Eagles (Warriors) fan and rarely missed watching a game. She was a positive person and always looked on the bright side of things. For her, there was always a silver lining. As Dorothy aged, she accepted her physical limitations with grace and was very appreciative of all the love and support she received from her family and friends. We know that while she is no longer with us physically, her spirit lives on in the wonderful memories we have. She will be greatly missed by her family and friends, especially her dear friends at San Camillo.

The family would like to thank the St. Camillus Home Health caregivers, Allay Hospice staff, and most especially all of the staff she encountered at Froedtert Hospital.  We would like to extend a special thank you to Sarah G., her nurse on 4SE. Our family feels blessed to have had your kindness and gentle care for our mom and all of us.

Mass of Christian Burial will be held at St. Peter’s Church in Slinger, WI on Friday, August 14, 2020 at 11:00 AM. Social distancing and masks will be required.

To leave a condolence, you can first sign into Facebook or fill out the below form with your name and email. [fbl_login_button redirect="https://www.krausefuneralhome.com/obituary/dorothy-r-puetzer/?modal=light-candle" hide_if_logged="" size="medium" type="login_with" show_face="true"]
×