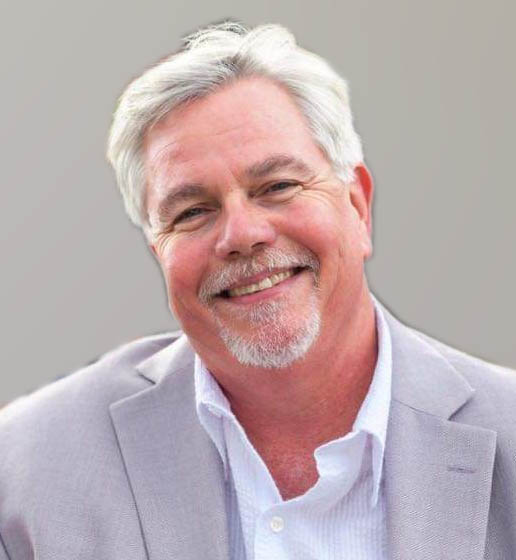 Douglas Mark Graf, 65, of Hubertus, WI, went home to meet his Savior on July 27, 2022. He was surrounded by family, including Shelley, his wife of 39 years, as he passed.

Doug and Shelley did almost everything together, including raising their son, Zack; riding their Harley Davidson; waking up at 2 am for road trips to Florida; attending their church, Shepherd of the Hills; spending their careers at Perlick; making monthly trips to Nashville; traveling to the best beaches they could find; and hosting summer pool parties in their backyard.

Doug was a fun and strong Papa to his grandkids, Isabelle and Mason; he never wanted them to worry. He was a generous Dad and father-in-law to Zack and Stacy, always conscientious and thoughtful about the ways he could be there to support them. There wasn’t anything he wouldn’t do for his family.

Doug enjoyed Star Wars, the Blues and a good bourbon. He was a devoted Wisconsin sports fan, and his garage TV constantly aired a Packers, Badgers or Brewer game. Doug loved the days spent on his motorcycle, with Shelley riding on the back, as they toured around with friends, making stops at their favorite haunts and playing Bob Marley and Eric Clapton loudly on their speakers. In fact, Doug loved every day spent with Shelley, and he wasn’t shy about letting people know it. He would answer most questions with a smile and a genuine, “whatever Shelley wants.” He was as easy-going and welcoming as they come, his soft kindness perfectly paired with his magnanimous personality.

Punctuality was one of Doug’s core values. He would prepare for departure several hours beforehand and always arrive more than a few minutes early. Another core value was making sure there would be enough ice on hand for any event.

Doug showed up for his people every time, without fail. He was the first phone call when there was a leak in the roof or something was wrong with the snowblower. He remodeled, painted, tiled, sealed, spackled, and patched the homes of friends and family throughout the years. He always insisted on being the one to do the job.

Doug was the best host and grillmaster. For the last three decades, summers were spent at Shelley and Doug’s – Saturdays were an open invitation for pool floating, volleyball, bocce, cheeseburgers, and a cold beer from Doug’s Perlick bar in the garage. He never ran out of ice. Doug had a way of making everyone feel at ease, and he always insisted you stay for dinner. He built bonfires as tall as the trees and had a contagious, boisterous laugh and a grin so big, his eyes would squint. “Bring your friends! You’re welcome anytime,” Doug would always say as his guests departed.

Doug arose each day before dawn and spent much of his time working in his immaculate yard. He tended his gardens like he cared for his family, with commitment, intention, and joy. And as a result, he reaped what he sowed – his peppers, snap peas, and tomatoes were the very best. More importantly, he earned the love, admiration, and respect of his loved ones.

Doug invested 44 years at Perlick, working his way up through the ranks before retiring in 2021. He would tell anyone who would listen that Perlick’s products were best in the market, and he took great pride in his hard work. He hadn’t planned to spend his retirement enduring the challenges of a bone marrow transplant, but like all things, Doug took this too in stride, rarely complaining, insisting he was doing “pretty good,” and spending his remaining energy on his family and his yard.

Doug had a quiet, steadfast faith and found great comfort in his church – he was a greeter and an usher, ran the AV board during services, and volunteered with the Lend-A-Hand group. When he was finally approved by his medical team to venture into public, the first place he wanted to go was church. His family now finds comfort in knowing Doug went on to a Heaven more beautiful than he could have ever imagined. They know Doug was greeted warmly by those who arrived before him, including (but certainly not limited to): his brothers, Tim, Chuck and Russ; his mother, Doris and father, Charlie; and his brother-in-law, Bruce. He is survived by many loved ones who already miss him dearly, including (and definitely not limited to): his wife Shelley; son Zack; daughter-in-law Stacy; grandchildren Isabelle and Mason; sister Kathleen and brother-in-law Geoff; sister-in-law Cindee; and many nieces and nephews.

And now, Doug is basking in the sunlight of an endless backyard party, hosted by his Savior. He is surrounded by joy and laughter, great music, breathtaking gardens, perfect cheeseburgers, crunchy asparagus, and a cooler that never runs out of ice. In the eyes of those left behind, Doug arrived at this party way too early. But in God’s eyes, he was right on time.

To leave a condolence, you can first sign into Facebook or fill out the below form with your name and email. [fbl_login_button redirect="https://www.krausefuneralhome.com/obituary/douglas-mark-graf/?modal=light-candle" hide_if_logged="" size="medium" type="login_with" show_face="true"]
×