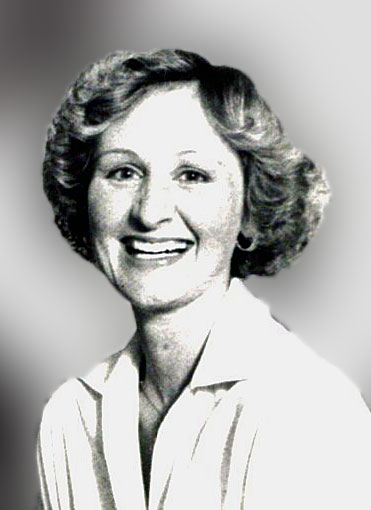 Former First Lady of Wisconsin Elaine Ruth Schreiber (nee Thaney) died peacefully in her sleep early Monday morning, April 25th, 2022 at age 82. She died at Elaine’s Hope Memory Care Assisted Living at the Lutheran Home in Milwaukee, named in her honor. She was an advocate for millions of patients like herself battling Alzheimer’s.

Born Elaine Ruth Thaney on August 30, 1939, Elaine grew up in Milwaukee’s Sherman Park neighborhood. The eldest of five children, Elaine exhibited leadership and kindness even as a schoolgirl. She attended Mt. Olive Lutheran Church and grade school, was an outstanding student, and participated in activities such as synchronized swimming, pep club, varsity cheerleading, and band at Lutheran High School (today known as Milwaukee Lutheran High School). Of all the bonds that formed at Lutheran High, none compared with the love that grew between Elaine and Marty. They first met in freshman Latin class and dated throughout high school. When it came time for college, Elaine first attended Concordia University Chicago in River Forest, IL, with plans to become a teacher. Due to a tight family budget, she transferred after one year to UW-Madison and later attended UW-Milwaukee, where Marty was a student.

Elaine put her own studies on hold for Marty to pursue his law degree and sought a full-time secretarial job so they could save and get married. Marty and Elaine were married on June 3, 1961, in Milwaukee.

Elaine worked tirelessly during Marty’s political career and was the glue that held the family together. In the mid-1970s, Marty and Elaine had a teenager, a baby, and two children in between – and yet she returned to college and completed her education degree during the height of Marty’s success.

When Elaine became Wisconsin’s First Lady in 1977, she immediately embraced the role by hosting an open house at the Executive Residence attended by thousands of citizens. Her warmth and gracious style won friends throughout Wisconsin and in political circles nationwide.

In 1979, Elaine, the city girl, enthusiastically adopted life on the farm after a move to the country where she cared for the horses, goats, chickens, sheep, and cows that made their home on the Schreibers’ hobby farm in the Town of Rudolph. Elaine also took great pride in running an antiques and collectibles shop called The Granary with friend and business partner, Barb Johnston. At each station in life, Elaine formed friendships that lasted for decades.

Central to Elaine was her love for children, driven by a deep faith and the belief that each child should receive love, hope, and opportunity. In the 1980s, Elaine became an early-childhood teacher at the Silver Spring Neighborhood Center, a center focused on community and education for self-sufficiency. She also returned to college, earning a master’s degree in early childhood education from Cardinal Stritch University at age 56. Upon retiring from teaching, she led a successful capital campaign for Silver Spring, which then named its child care center, The Elaine Schreiber Child Development Center, in her honor.

Elaine had much more to contribute to the community when she began to exhibit symptoms of Alzheimer’s in her early 60s. Over time, the disease robbed her of her memory and made her dependent on personal care, but could not take away her loving smile nor diminish her gracious personality. Unknowingly, she gave yet one more gift by inspiring Marty to tell their story in “My Two Elaines: Learning, Coping, and Surviving as an Alzheimer’s Caregiver.” Before the book went to print, Marty found a real treasure – notes and journals Elaine had written since her diagnosis. In her own words, through her personal journaling, Elaine gave us insight into the courage, struggle, and fears of one living with this disease. Her writings were then incorporated into the book. Her personal accounting of the journey continues to help thousands of caregivers across the country.

In accordance with her wishes, Elaine’s brain was donated to the University of Wisconsin-Madison Brain Donor program to be used in Alzheimers research.

The family acknowledges with deep appreciation the compassionate front-line caregivers and other care team members at Elaine’s Hope Assisted Living Memory Care where Elaine was cared for in the final 7 years of her life. The family also expresses special thanks to the Alzheimer’s Association and the Purple Canoe Club.

Elaine’s life will be celebrated through visitation Saturday, May 7, 2022 from 10:30 AM – 12:45 PM, with service following at 1:00 PM at Hales Corners Lutheran Church located at 12300 West Janesville Road, Hales Corners, Wisconsin.

Please also honor Elaine’s legacy by reading to a child or reaching out to support a caregiver.

To leave a condolence, you can first sign into Facebook or fill out the below form with your name and email. [fbl_login_button redirect="https://www.krausefuneralhome.com/obituary/elaine-r-schreiber/?modal=light-candle" hide_if_logged="" size="medium" type="login_with" show_face="true"]
×