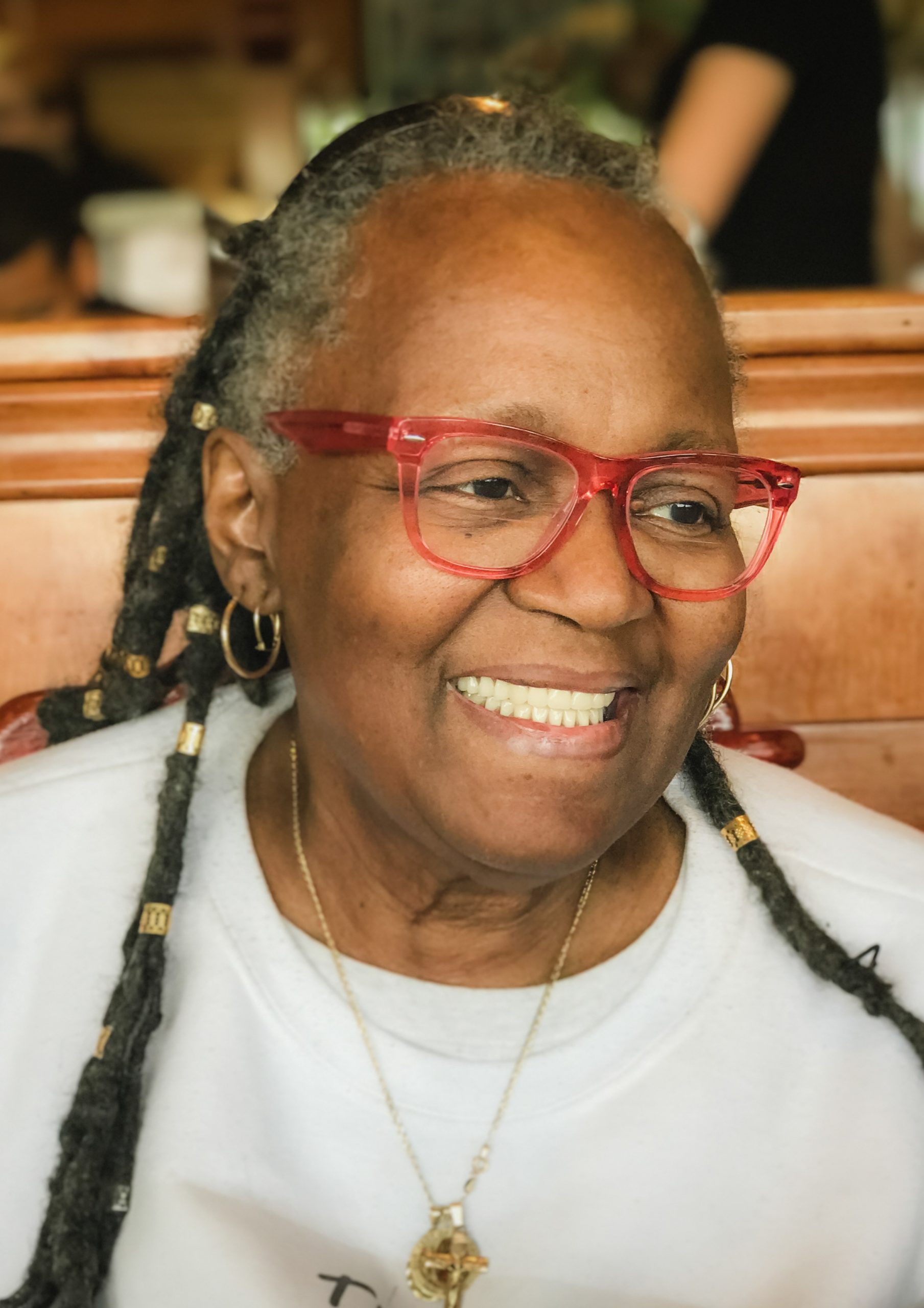 Memorial Mass to be held at St. Catherine’s Roman Catholic Church on Tuesday, November 23rd at 11:30 AM.

Eleanor Fredericka Cunningham, age 72, gained her angel wings on November 11, 2021 at her home in Milwaukee, Wisconsin, in the company of her soulmate John, her husband of 54 years. Eleanor was born on August 9, 1949 in Saint Albans, New York to Fred Brown and Leslie Brown (neé Owens). She grew up in Brooklyn, New York and is a graduate of Kingsboro College. In 1967 she married her childhood sweetheart, John Cunningham. They moved to Wisconsin in the 1970s and raised 8 children.

What made Eleanor’s life so exceptional is the deeds she accomplished after she had retired. Rather than enjoying much deserved leisure and relaxation, she amped up her efforts to support her community. She was actively involved in Saint Vincent de Paul ministry. She served the Sherman Park community by providing those in need with clothing, furniture, and household items. In later years, Eleanor and John took over Saint Catherine’s Food Pantry. The food pantry quickly became one of the biggest in Milwaukee. This popularity was due to having pantry directors who were generous and compassionate. Eleanor was a familiar fixture at the front door. Every Saturday she greeted everyone who came in with smiles. Those who were facing difficulties were invited to sit on the open chair next to her and share the trials they were going though. Eleanor always gave sage advice but even more importantly, she gave them a listening ear-free of judgment and full of compassion. Many Saturdays the line to sit next to Eleanor was longer than the wait to be served. No matter who they were, she always listened-always cared and always prayed for the person. Eleanor was also a supporter of many causes, including Saint Jude’s Children’s Research Hospital, the Wisconsin Humane Society and Milwaukee Area Domestic Animal Control (MADACC). She was a lover of animals her entire life and treated every creature as a gift from God. She lived every day providing hope to those who were in despair, helping those who no one else wanted to help and loving those who no one else cared about.

Above all, Eleanor’s family meant more to her than anything else in the world. She was unendingly proud of all of them and the life that she and John built together. Eleanor is survived by her husband of 54 years, John Cunningham, Jr.; children Michael, John (Alina), David (Sara), Machelle (Cliff), Kimberly, Maryann (Jim), and Maria; grandchildren Jalen, Brian, Ja’cia, Dennaeyia, Devin, Cidney, Christopher (Lexi), Ian, Clifford John, Kylee, Lyana, Josephene (John), Tai, Ameera, Everly; great-grandchildren Breitlin, Lillian, Madison, Nhazeir and Adrian. Eleanor is preceded in death by her parents, Fred and Leslie Brown, her brother Arnold Brown and her son Gregory Cunningham.

Those we love never truly leave us. There are things that even death cannot touch.

To leave a condolence, you can first sign into Facebook or fill out the below form with your name and email. [fbl_login_button redirect="https://www.krausefuneralhome.com/obituary/eleanor-fredericka-cunningham/?modal=light-candle" hide_if_logged="" size="medium" type="login_with" show_face="true"]
×

Memorial Mass to be held at St. Catherine’s Roman Catholic Church on Tuesday, November 23rd at 11:30 AM.