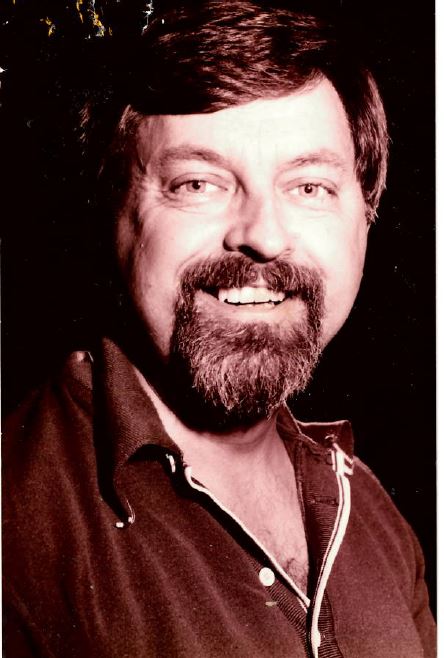 The universal collective, along with his earthly family, is saddened to announce the unexpected early departure of Eric Helland from planet earth. He arrived on earth September 14th 1946 with a mission to gather information. His departure took place on January 11th 2022 surrounded by family.

He is survived by his earthly family: his loving wife of nearly 53 years Darla (nee Adams) and the 2 daughters he adored Andie (Marco) Burgos and Jackie (Mike) Montenegro. He also leaves an earthly sister Charlotte (the late Lorenzo) Olsen. He will be missed by his furry companions Mazikeen and Winston along with other family members and friends he gained during his earthly stay.

He attended South Division High School which is where he met Darla the love of his life. Their story included a separation of 3 years (1965-1968) while he served in the US Army which included 2 and a half years in Baumholder Germany. They were married shortly after his return and had Andie and Jackie. During the early years the girls were growing up, his life was filled with work and helping out with music for recitals at the studio where the girls took lessons. It later came to include announcing and providing music for the performing group Kids Korps where he became known for his sense of humor and giving the best hugs. Many wonderful friendships were made during this time and Eric’s home always seemed to be a gathering place for his daughter’s friends. As the girls grew older, he became involved in doing music for community theater and again his home became a gathering place for friends. While working for Woolworth CAO, he would often travel to New York City and had many opportunities to see Broadway shows with musicals being his 1st choice. His favorites included Chicago, Chorus Line and of course Cats.

When the girls became independent he was able to explore planet earth with his wife. They were able to go on several cruises to the Caribbean where his favorite thing was to buy her jewelry to commemorate the trip. It was on one of these trips that Eric got in trouble with the Marching Flamingos’ trainer for getting up and walking like a flamingo. They got to go to Mexico every year to their favorite resort to be pampered. But the favorite trip was a flight to London, 3 day stay and then a long cruise back to the States.

During his time on earth, he learned many important lessons. One he was most fond of imparting was the fact that “you just can’t buy new teeth at Woolworth’s; you have to get them fitted.” He also learned to appreciate a great prime rib medium rare along with a fine bottle of cabernet sauvignon; a Chicago hot dog with a cold beer; film noir; good old fashioned rock and roll but also the sounds of big band music. He took tap dance lessons and ballroom lessons. He found enjoyment in playing solitaire on his cell phone. Despite over 40 years in IT, he remained flummoxed by some cell phone apps. Life on planet earth made him a complex man. But in reading sentiments sent to his wife and daughters, it is clear that he left a mark on all those he touched and the most common memories of him were his smile, his laugh, his jokes, his hugs.

The last couple of years had brought a change to Eric. He had gathered so much information for the collective on how to be a husband, father, friend and a person people would respect but now he seemed tired. And so it was decided to end his mission. One he completed with great success. His earthly funeral will be private but there will be a Celebration of Life this summer that will be open to all his earthly friends.

In lieu of flowers, memorials to the Wisconsin Humane Society, Froedtert Cancer Care Center or American Cancer Society are requested.

To leave a condolence, you can first sign into Facebook or fill out the below form with your name and email. [fbl_login_button redirect="https://www.krausefuneralhome.com/obituary/eric-helland/?modal=light-candle" hide_if_logged="" size="medium" type="login_with" show_face="true"]
×