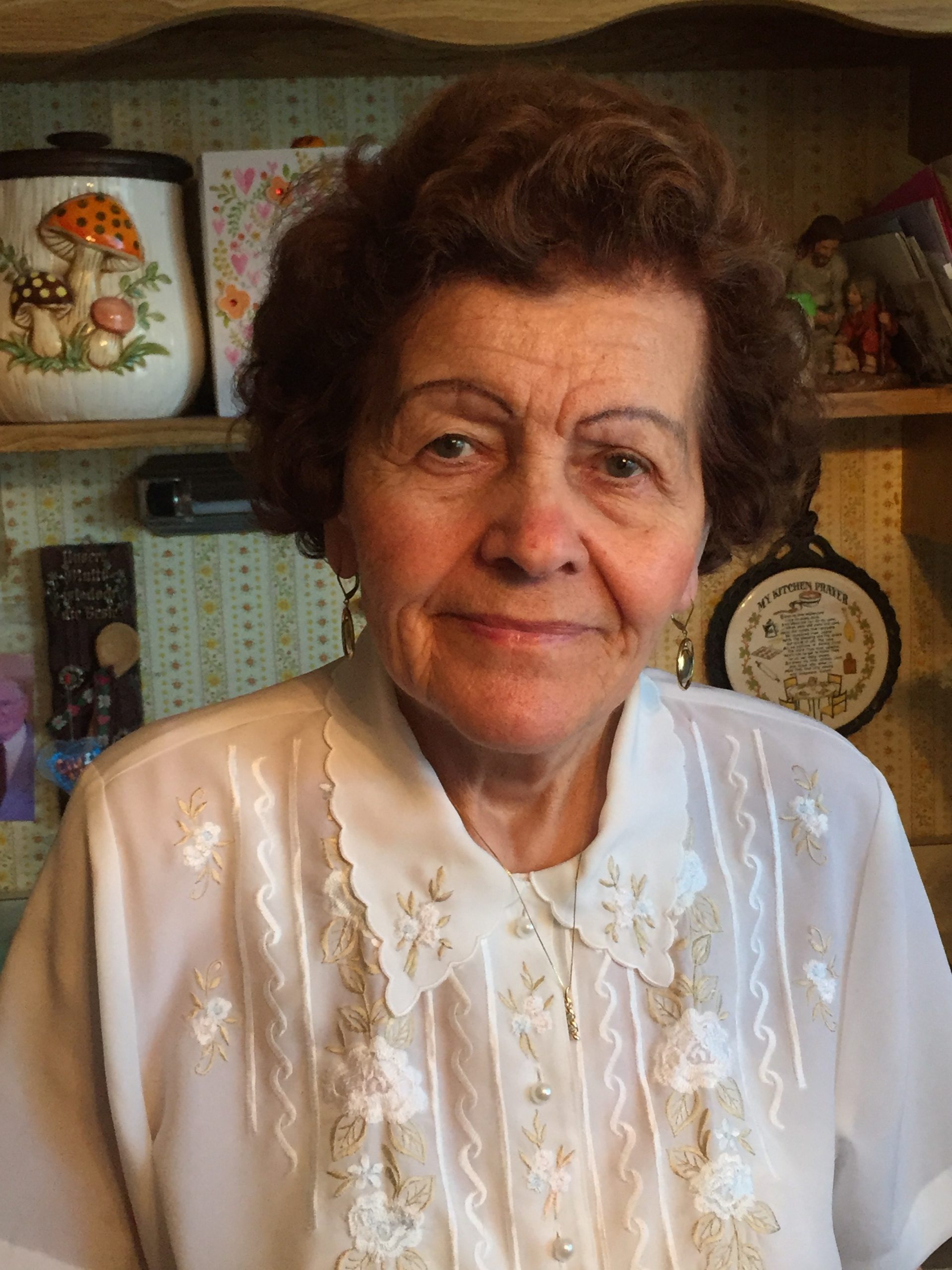 In lieu of flowers, memorials appreciated to Covenant Lutheran Church.

(nee Pollak) Passed away peacefully on August 27, 2021 at age 90. She was reunited with her husband Johann Ellenberger. Loving mother of John, Konrad (Annette), Kenneth (Debra), and Deborah (Steven) Lipski. Beloved Oma of John Paul (Erica), Kyle (Fran), Jacob, and Krissy (fiancé Jesse). Great Grandma of Kegan, Wade, Eliza, and Stefan. She was also loved and will be missed by additional family and friends. She was proceeded in death by her parents Stefan and Maria Pollak, her sister Olga Gyorgy, granddaughters Nicole Lipski, Jessica Ellenberger, and great -granddaughter Madyson Marshel.

Franziska was born in Bakonypéterd Hungary. Her Family was displaced from their home village in February of 1948. They lived in Germany where she met Johann. Both families immigrated separately to the USA in 1952. Johann and Franziska were married in New Jersey in October of 1952. Their oldest son was born there and then they moved to Milwaukee Wisconsin where their three other children were born. Francis was the ultimate homemaker, while Johann was the tireless hard working provider for the family.

Francis always had home cooked meals on the table with delicious baked desserts. As amazing a cook as she was, her true passion was for baking. She will always be best known for her Kiepfel.

She certainly had her own sense of style, always looking fashionably put together, taking such pride in her appearance. Her hair was definitely her fashion statement, always perfectly done up and people often commented on it.

Thrown into a new country and culture she clung to the old country ways when it came to family values and raising children. Family was everything to her and she was a devoted wife and mother. Her greatest joy was her children and then when grandchildren came on the the scene, it just made life even more blessed. Then she was Oma!

Holidays were always spent at Oma and Opa’s, with big meals and lots of talking and catching up to do.
Seemed like no matter what age the children or grandchildren became or where they were, with school or jobs, they figured out a way to be there for the get togethers.

Oma was a devout Catholic growing up in her small village in Hungary. After marrying Johann she changed to Lutheran, but deep in her heart she always felt a devotion to the Catholic religion in which she was raised. She was an active member of Covenant Lutheran church, and made friendships along the way from her volunteering there, in alter guild and helping with mailings and regularly attending Sunday services.

After losing her husband Johann in 2014, it was definitely challenging for her to find happiness again in her life. But she didn’t give up and kept on for the sake of her children and grandchildren. Sadly she suffered the devastating losses of Jessica and Madyson (pudycat as Oma referred to her) and then Nicole.
She lived independently until she needed assistance. That’s when her oldest son John stepped up and eventually moved in and became her primary care-giver. She experienced some falls and the eventual diagnosis of Parkinson’s, which all took a toll on her body.
But she was still an extremely important part of family get togethers in the last few years whenever they occurred.

She will be greatly missed by the many family and friends who loved her. The lives she touched with her caring ways and the countless gifts of baked goods, that she shared with many, will surely be remembered by all.

To leave a condolence, you can first sign into Facebook or fill out the below form with your name and email. [fbl_login_button redirect="https://www.krausefuneralhome.com/obituary/franziska-ellenberger/?modal=light-candle" hide_if_logged="" size="medium" type="login_with" show_face="true"]
×

In lieu of flowers, memorials appreciated to Covenant Lutheran Church.