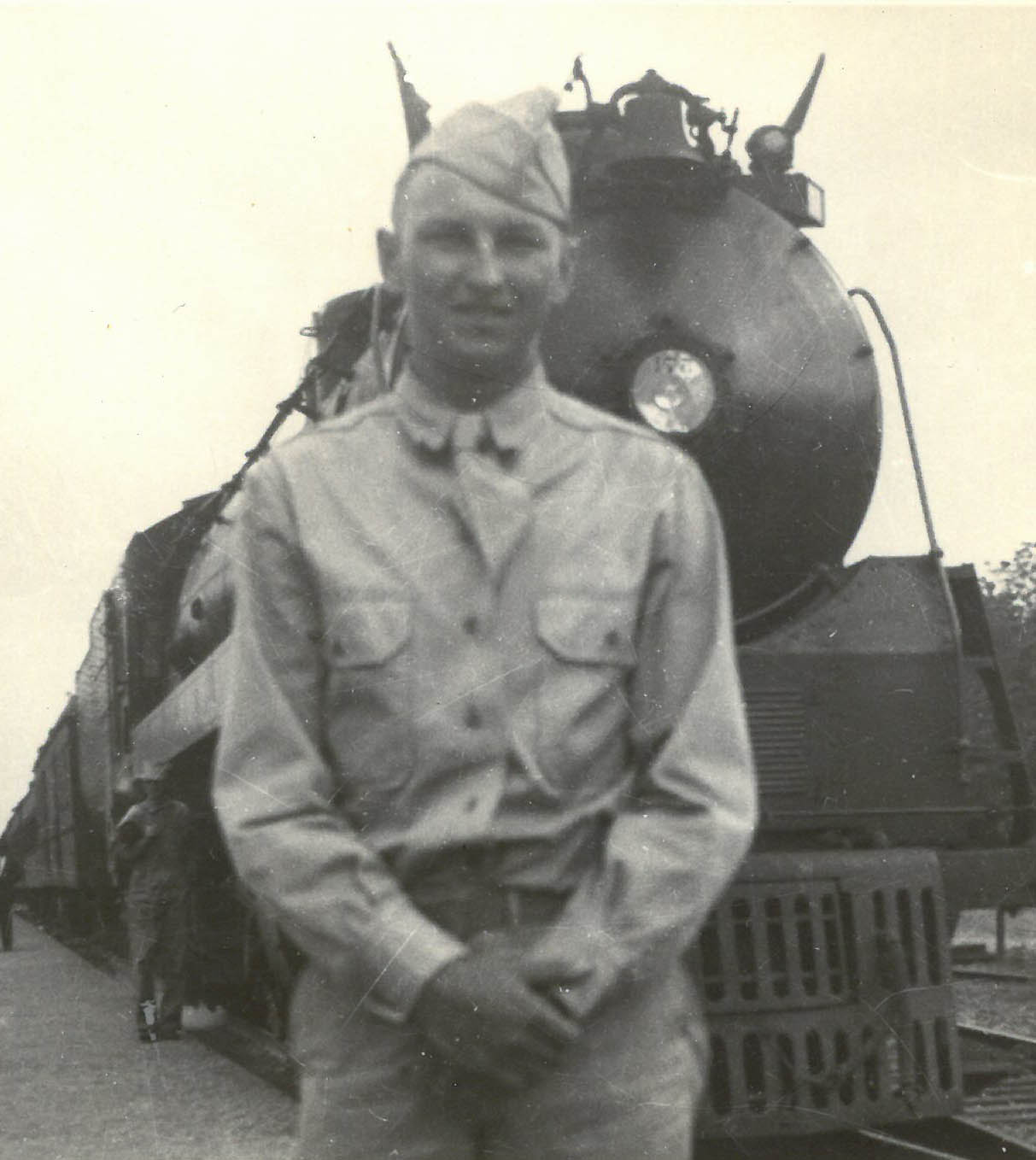 In lieu of flowers, memorials to

Brookfield – Gerald graduated from Milwaukee Boys’ Tech Plumbing Department. He got a job at L. R. Schmaus for an apprenticeship.

In August 1942 he entered the U.S. Army and was assigned to the 80th Division as a heavy weapons machine gunner. In 1944 he went to Fort Kilmer and boarded the Queen Mary ship heading for Scotland. He then went to Ft. Hamport, England heading next to Utah Beach in France, and ultimately to southern France pushing the Germans out of France.

Gerald was a troop ship heavy machine gun operator. As the 80th Division attempted to cross the Moselle River, it was heavily attacked by the Germans and he was seriously wounded in action on September 18, 1944. Gerald received a Purple Heart, two bronze battle stars and a combat infantry badge.

In 1945 he was hospitalized in France. Later he returned to the US on the hospital ship St Olaf. He recuperated for a year at the converted old Chicago Beach Hotel and Rehab Center. Gerald was honorably discharged from the Army as a disabled veteran in Battle Creek, MI. He then pursued a career in architecture and design until retirement.

He was the loving husband of the late Marguerite Ziebell and is the beloved father of Geralyn (Douglas) Dunning and Kevin (Linda) Ziebell He is survived by his sister Doris Schaning and other relatives and friends.

A special thanks to the caring and dedicated staff of Fireside East at The Congregational Home.

In lieu of flowers, memorials to Peace United Methodist Church would be appreciated.

To leave a condolence, you can first sign into Facebook or fill out the below form with your name and email. [fbl_login_button redirect="https://www.krausefuneralhome.com/obituary/gerald-ziebell/?modal=light-candle" hide_if_logged="" size="medium" type="login_with" show_face="true"]
×

In lieu of flowers, memorials to