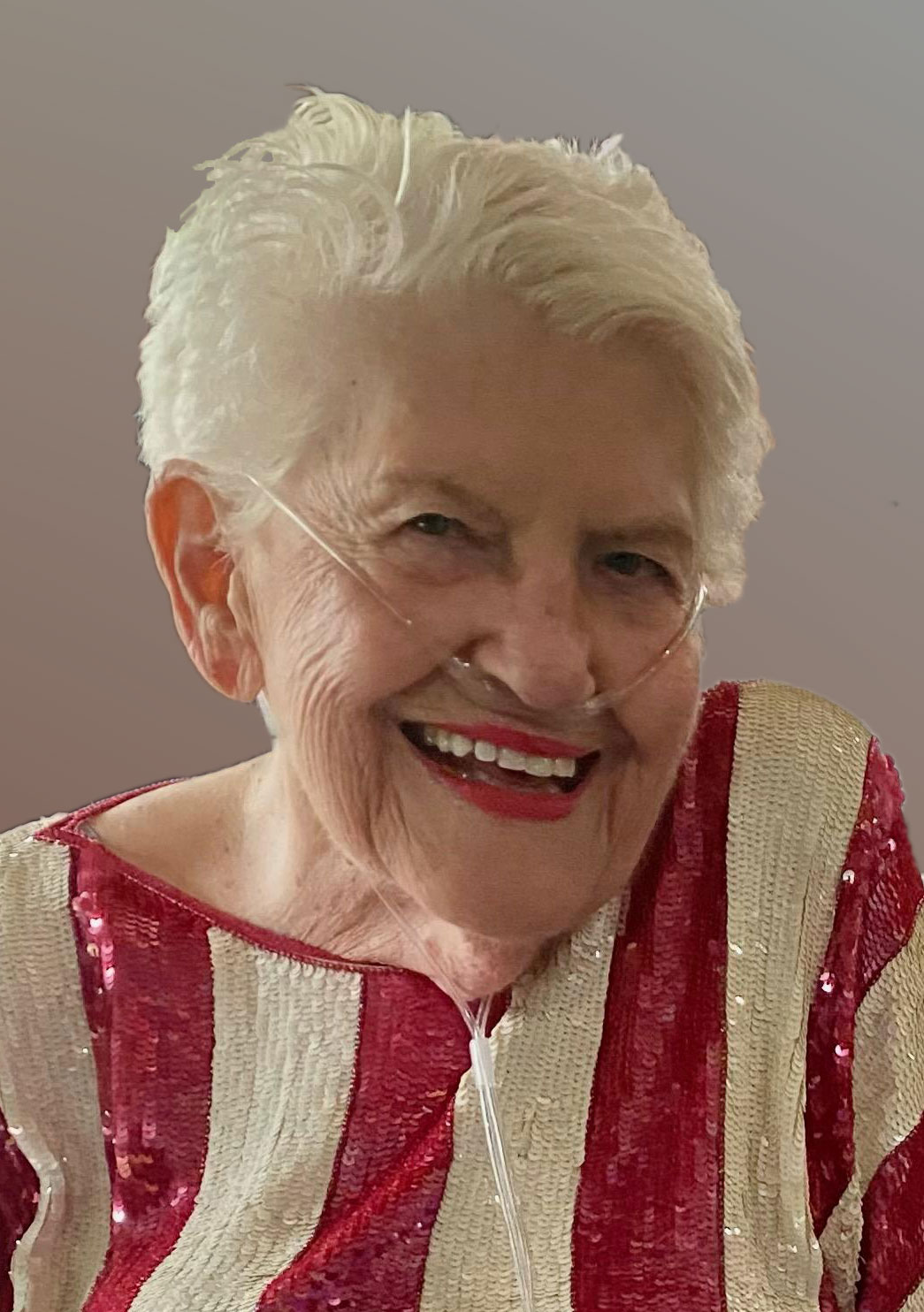 Received into the arms of our Lord and reunited with her husband, Willard, on August 6th, 2022, at the age of 90. Janet was born in Winthrop, MN, on July 21st, 1932 to Edward P. and Martha (Kelln) Schilling. Janet grew up during the Great Depression in a family of nine children, and the family sadly lost her father when she was just seven years old. As the eldest daughter, she graciously became a caregiver to her siblings while her mother worked to put food on the table for their family.

Janet was united in marriage to Willard William White on August 12th, 1950. Together, they began a beautiful life together filled so much love. Janet and Willard (or Bill as he was affectionately known) welcomed their son, Michael, in 1951, and then daughter, Linda, in 1954. They spent many years traveling with their children, including all of the 48 lower continental United States in their travels, a fact that they were very proud of. They proudly enjoyed watching their son, Mike, play in his band as an extremely talented guitar player. They would always tell him to make sure to “Play It Pretty, (his guitar)” a saying that became very popular in their household. They were overjoyed of his accomplishments, and would travel with Mike’s band to support them every step of the way. They watched their daughter, Linda, become a strong, beautiful woman who could run a sewing machine like nobody’s business. When Linda opened her own singing telegram business, Janet and Willard were right there with her, supporting her and singing tunes right along with her.

Janet and Willard welcomed a granddaughter, Ariel, in 1984, and spent many years doting on her as their only grandchild. They would take her on trips to places throughout Wisconsin, including House on the Rock, Old World Wisconsin, and Wisconsin Dells. When Ariel became a mom, they added five great-grandchildren to their family. They were so proud to be grandparents. They always showed up to every choir concert, volleyball, basketball, or softball game, Grandparents Day, and every other event you could imagine, never missing a chance to spend time with family.
In her earlier years, Janet became the first graduate of Vici Beauty School when they opened, and spent years as a cosmetologist. She was very into fashion and the latest trends, always reading fashion magazines and trying new styles. Janet was skilled at making Diamond Paintings, something she enjoyed even up until her last days. She was also a skilled bowler, scoring a perfect 300 more than once. She also enjoyed camping with family during summers at Mauthe Lake. She was also a devoted Elvis fan.

Janet possessed an incredible amount of integrity, and you could always count on her to tell you the truth. She was someone who knew how to love you to the fullest, and always give you good advice when you needed it. She was one of a kind, and stood out in a crowd with her stunning beauty.

Janet was preceded in death by her husband, Willard, her daughter, Linda Jean, and brothers Vernon, Elmo, and Wallace. Janet will be deeply missed by her son, Michael (Patrice Bottoni) White. She will live on in the hearts of her granddaughter, Ariel (Luis) Hernandez, and great-grandchildren, Hayden McDonald, and Jamie, Juliet, Joseph, and Mia Linda Hernandez. She is also survived by her brothers Jerry (Betty) Schilling, Arlon (Mary) Schilling, and sisters Geri O’Neil, Joann Lutz, and Diana Hildebrand. She is further survived by a host of nieces, nephews, cousins, neighbors, and friends. Janet touched the lives of many and will be sorely missed.

The family would like to thank Horizon Hospice for their special care of Janet over the last few months. They would also like to thank Dr. Carla Wright, for her attentive and loving care of Janet for many years as her primary physician. Another heartfelt thank you goes to Janet’s sister, Joann, who spent the last 5 months taking care of Janet so she could stay in her home as long as possible. We are so grateful for you!

A private memorial service for Janet will be held at a later date.

To leave a condolence, you can first sign into Facebook or fill out the below form with your name and email. [fbl_login_button redirect="https://www.krausefuneralhome.com/obituary/janet-m-white/?modal=light-candle" hide_if_logged="" size="medium" type="login_with" show_face="true"]
×