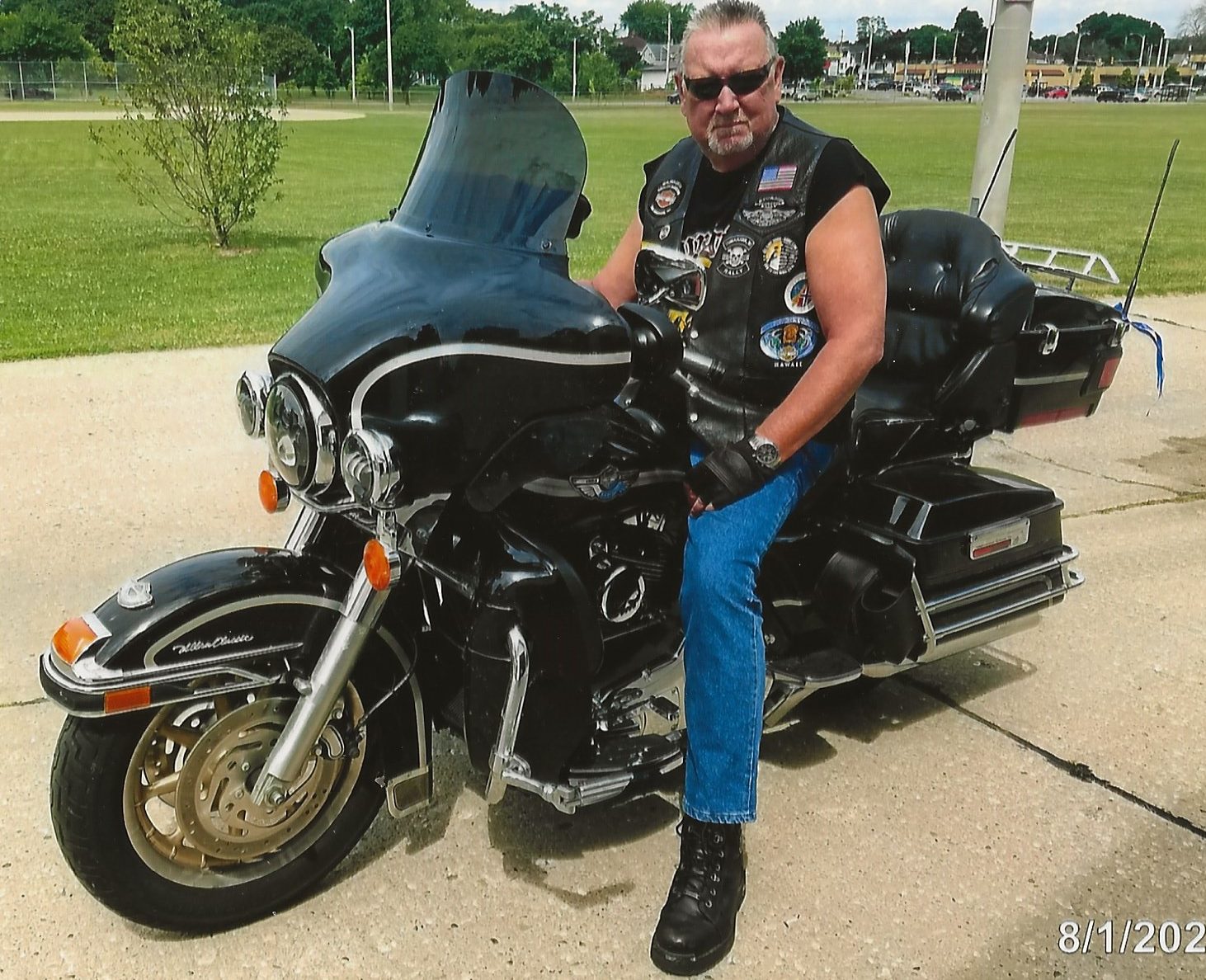 Milwaukee – John went home to be with The Lord on Saturday, July 24, 2021, age 64, and was reunited with his father Carvie, mother Lucille, sister Ellen, and brothers Thomas and David.

Devoted husband of Rose, and proud father of John (Katie) and Jacob.  Beloved Grandpa of Rhys and Bennett.  Dear brother of Robert, Mary, and Shirley.  Survived by other family and countless friends.

Born in Milwaukee and raised on the near south-side, John attended South Division High School.  John joined the United States Marine Corps and completed basic training becoming an MP.  John’s military career ended prematurely with a foot injury, resulting in an honorable discharge. John began working painting jobs with his father where he joined a local painters union, and also worked maintenance at the VA Hospital.  Later, John was hired by the Marc Plaza Hotel (now Hilton Hotel) in Downtown Milwaukee.  It was at this time, John met his wife, Rose, who was a secretary at the Hotel.  John and Rose fell in love and married each other February 24, 1984.

John and Rose’s first home together was an apartment at 49th and Oklahoma Avenue, and they attended Blessed Sacrament Congregation.  Shortly after being married, John and Rose became proud parents of their first son, John Henry, on August 11, 1984.  Soon after, John was hired by the City of Milwaukee Department of Public Works as a bridge and iron painter in April 1985.  John’s jobs included sandblasting and spray-painting structural steel and graffiti removal.  John’s career with the City would span 30 years.  For periods of time, John served as Union Steward and Lead Worker, and also drove for emergency snowplow removal.

In December 1988, John and Rose proudly purchased their first home on South 33rd Street.  On August 16, 1989, they welcomed their second son, Jacob.  It was during this time John and Rose began attending St. Barbara’s/Holy Spirit Parish (now St. Rafael the Archangel), and later Our Lady Queen of Peace Parish.  John’s faith in the Lord grew, and he credited his “angel” Rose for this, and ensured that his sons attended St. Barbara’s/Holy Spirit School, and later Our Lady Queen of Peace School.

John led his family and became incredibly involved in countless activities, which included Parish Council, Church Choir, Parish Buildings, and Grounds Committee, Church Festival Planning, and Church Decorating.  As John’s sons grew, John became involved in coaching basketball and little league baseball.  John was a devoted fan of his sons and faithfully attended every practice and game for all the sports they participated in, including football, basketball, and baseball through High School.

John was excited to take the family on road trips around the country and later purchased a Harley-Davidson Motorcycle.  John lived to ride, and enjoyed rallies, road trips, concerts, and everything Harley, attending countless events with his wife Rose and many riding friends.

John was later able to proudly witness his sons become sworn Milwaukee Police Officers, and later witnessed their promotions.  John was a relentless supporter of the “blue” law enforcement family and military members, continuously showing support in a variety of ways.  John was committed to God, family, country, and flag.  John was selfless in his desire to help those in need, and would not hesitate to lend a helping hand or unfurl a twisted American flag.

John was a proud grandparent blessed with two grandsons, Rhys and Bennett.  He enjoyed simply spending time with them.  John was at his happiest when he was with his entire family, surrounded by “his boys” at special events and holidays.  He especially loved the Fourth of July and Easter.

John will be remembered for his love of San Dong Express Chinese Food, Maria’s Pizza, peanut butter and jelly sandwiches, and his overall passion for food; his interest in collecting coins and opals, sports memorabilia, comic books, Spiderman memorabilia, and antiques; his wheeling and dealing on Ebay; tinkering with computers, his Harley, and other household items; enjoying classic war and western movies; singing hymns in church; cheering on the Packers; enjoying metal and rock concerts; extra-terrestrial and conspiracy theories; and his devotion to his Rosie, his boys, grandchildren, and extended family.

John’s life will be remembered at a visitation and Mass of Resurrection, which will take place at Blessed Sacrament Congregation, 3100 South 41st Street, Milwaukee, Wisconsin, on Thursday, August 12, 2021.  Visitation 4:00 PM to 6:00 PM followed by Mass of Resurrection at 6:00 PM.

To leave a condolence, you can first sign into Facebook or fill out the below form with your name and email. [fbl_login_button redirect="https://www.krausefuneralhome.com/obituary/john-e-ivy/?modal=light-candle" hide_if_logged="" size="medium" type="login_with" show_face="true"]
×