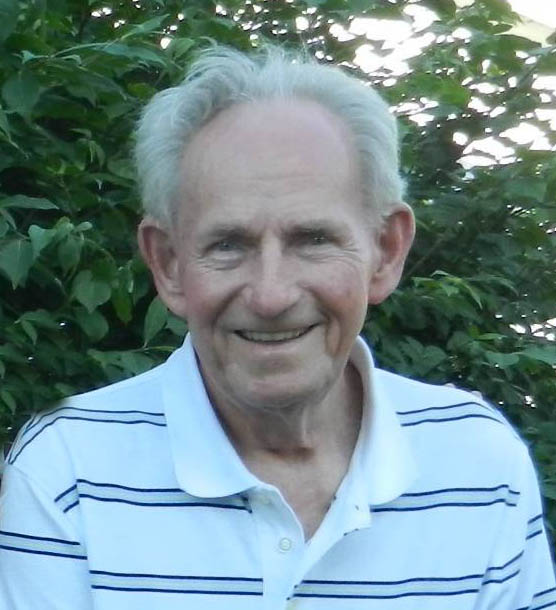 Ken passed peacefully from this life, the evening of December 4th, 2021, after an unexpected health issue arose.  He was surrounded by his loving wife and children for the final week of his life, which was a blessing for all, as they were able to provide comfort and support to Ken and each other, and share warm memories.

Ken lived a full and meaningful life.  It was not always an easy life, but as is often the case, the struggles helped shape the man he would become — a man with drive and determination, empathy and understanding for others, generosity and quiet humility.

Ken was born in Milwaukee on June 24, 1932.  He was one of six children born to Emily and Herbert Nelson.  Ken had two older brothers, Larry and Herb; two younger brothers, Don and Ray, and a younger sister, Janice.

From an early age, Ken knew the value and necessity of hard work.  He had a paper route, worked in a bakery, and set pins at a bowling alley — all before graduating from Don Bosco High School in Milwaukee.  He became quite a good bowler as well, having won a tournament that allowed him to buy his mother a much-needed refrigerator with the prize money.

In 1952 he was called to service during the Korean War, where he was stationed in Georgia and Austria until 1954.  Upon his return he interviewed for Old Line Life/US Life Insurance Company, where he would remain employed up to 1994.  In the job interview, when questioned about his lack of experience and degree, he assured them he could do anything he set his mind to “unless you can prove me wrong,” and that confidence and determination landed him the job.

In 1954 he crossed paths with Barbara, as they shared an interest in ballroom dancing.  Barbara was swept away by his dance moves and his good looks!  Ken eventually proposed to Barb while out dancing, and so a new chapter began.  He and Barb married in 1956, and soon after began their family.  They raised two boys and four girls — Rick, Ron, Sue, Laura, Judy, and Debbie.  He was an active, ever-present Father, attending every game, performance, and school activity he could for his kids.  He coached sports teams, led scout troops, and planned many adventures for the family during summer vacation.  His children are grateful for the lessons he taught them about hard work, perseverance, not being afraid to try new things, and taking responsibility.  He taught them about computers and mechanics, and to believe in their ability to solve any problem if they put their minds to it.

As his kids grew, and had their own families, he became the proud grandpa to a total of nine grand kids — Dean, Alex, Brenda, Paige, Kyle, Alec, Kristen, Megan, and Ben.  He loved each of them dearly, and celebrated their milestone events whenever he could.

His life was also filled with good friendships, church and community involvement. Through church, he became anchored in the values and beliefs that guided his parenting and everyday life.  He was involved as a youth leader, a member of the choir, and an usher.  The friends they met through the Square Dance Campers shared many laughs, outdoor adventures, music around the campfire, cards, and of course, dancing.  They traveled the world with friends, seeing all 7 continents.  He and Barb were also active members of the New Berlin Senior Center, where they enjoyed less active, but no less meaningful experiences. He was nominated by the Senior Center and was chosen to receive the Patriotic Citizen Award from the city of New Berlin, where he was honored to receive a flag flown over the US Capitol.  He was blessed and grateful for all the dear friends that shared the journey with him.

His was a life well-lived, and enriched by family, friends, and his love of God.

To leave a condolence, you can first sign into Facebook or fill out the below form with your name and email. [fbl_login_button redirect="https://www.krausefuneralhome.com/obituary/kenneth-r-nelson/?modal=light-candle" hide_if_logged="" size="medium" type="login_with" show_face="true"]
×