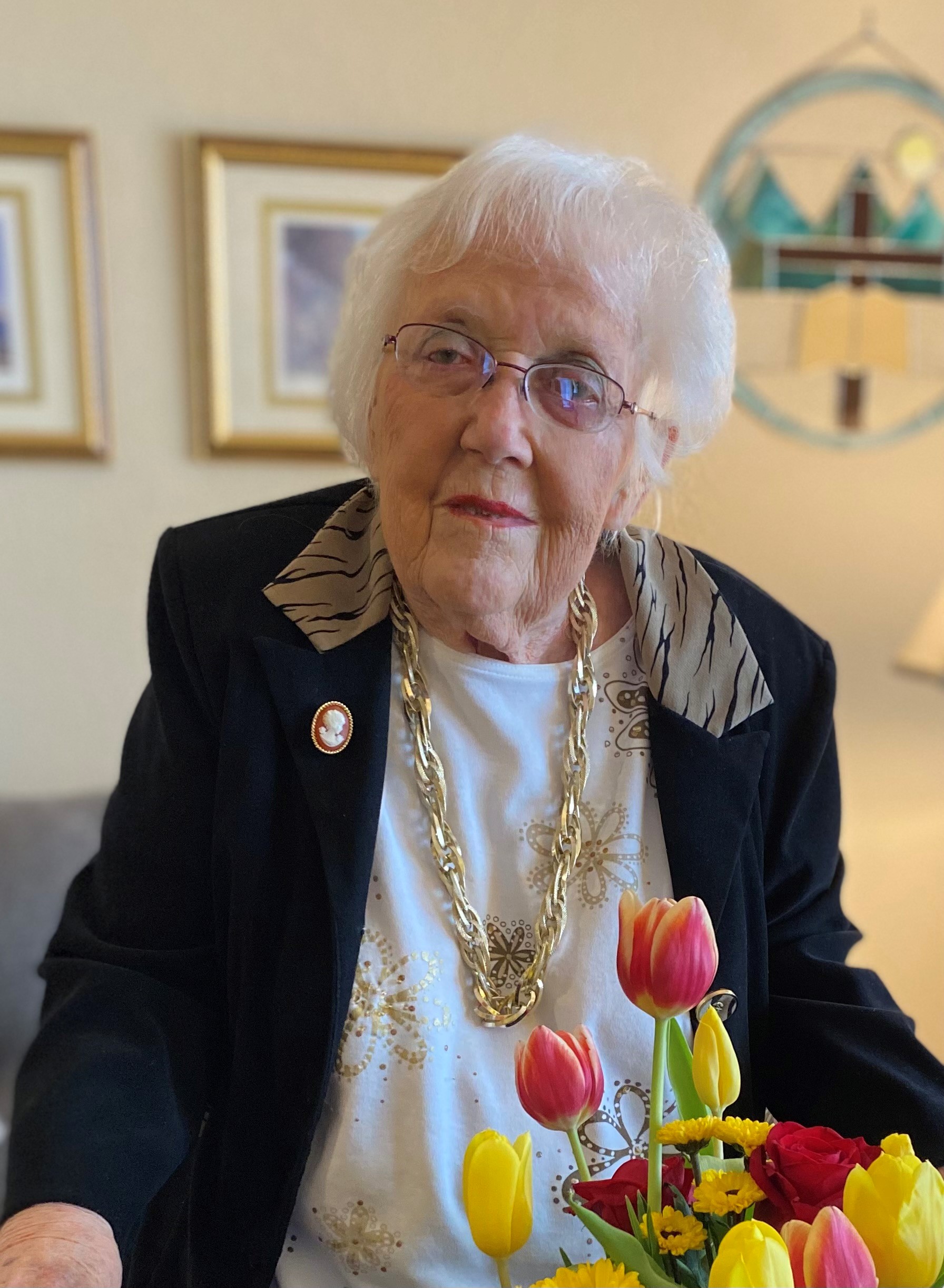 Marjorie was the oldest daughter of David and Anita Davies and grew up in the Bay View area of Milwaukee, Wisconsin, attending Bay View High School and Wisconsin State College. She met her first husband, Jack Wickert, singing in the Unity Lutheran Church choir that her father directed for many years. They were married 45 years until Jack’s death in 1997 and always sang in their church choir and later in community choruses.

Marj rejoined the workforce in the 1970’s, first as an aide in the Muskego school system and later became the Sales Manager for Theurich Catering, one of the premier caterers in Milwaukee at that time. She was particularly proud of selling a big event for the MLB All-Star Game at County Stadium in 1975 and for achieving over $1 million in sales during her career.

Twice blessed, she married Daniel Schowalter after Jack and Dan’s wife, Laura, both died suddenly. In an additional 23 years of marriage with Dan until his death in 2020, they enjoyed their retirement community and many friends at Tudor Oaks in Muskego, taking trips, and singing in various choirs. Marj loved spending time with both her children and Dan’s children as well as their many grandchildren and great grandchildren. She was especially proud of her Welsh heritage and was glad to have visited Wales.

Marjorie will be missed by her children: David Wickert (Carolyn), Beth Wickert (Terry Farrar), and Brian Wickert (Rebekah), as well as Dan’s children who welcomed her unconditionally into their family: Deborah McGowan (Brian), Mary Lamm (Steve), Barbara Okonek (Tom), and James Schowalter (Stephanie). She also had 18 grandchildren from her two families and many great grandchildren.

Visitation will be from 10:00 AM to 11:00 Am on Saturday, November 5, 2022 at Emmanuel United Church of Christ, 10627 West Forest Home Avenue, Hales Corners, Wisconsin, with a service at 11:00 AM. She will be laid to rest at Wisconsin Memorial Park in Brookfield in a private ceremony.

To leave a condolence, you can first sign into Facebook or fill out the below form with your name and email. [fbl_login_button redirect="https://www.krausefuneralhome.com/obituary/marjorie-d-schowalter/?modal=light-candle" hide_if_logged="" size="medium" type="login_with" show_face="true"]
×