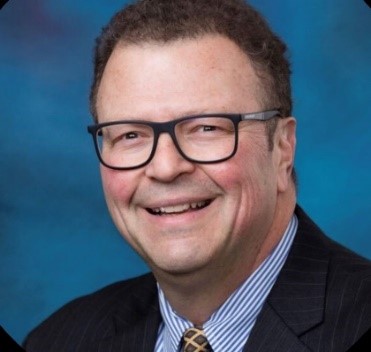 Mark J. Haberberger passed away peacefully with his family by his side on January 4, 2020, following a short illness.

Mark was an avid genealogist and traveled to many parts of Germany, but his heart was always in Gunzendorf Bavaria and in the Haberberger family home #7. Mark graduated from Pius XI High School in 1977 and from Marquette University, Milwaukee, WI in 1981, Suma Cum Laude, with a Political Science major and double minor in German and History, two of his lifelong loves. In 1985 Mark graduated from Cornell University Law School and began his law career at Whyte Hirschboeck in Milwaukee (currently Husch Blackwell). Mark then worked for Abbott Laboratories at Abbott Park, Illinois as in-house corporate legal counsel, followed by a distinguished twenty-year legal career as Senior Counsel at GE Healthcare, Wauwatosa, Wisconsin. Mark was admitted to practice as a lawyer in Wisconsin and Illinois.

As an avid German family historian and genealogist, Mark made many visits to Germany following his first family trip to Gunzendorf, Bavaria, as a child in 1970. Mark was an active member of the greater Milwaukee German American community and the German American Chamber of Commerce, Midwest Chapter. Mark and Linda have also traveled to Finland many times, and he is an active member of the Finnish American Society of Milwaukee.

Mark will be greatly missed for his warmth, incredible sense of humor, German singing, his strong friendships and his zest for life. Mark would like all of his family and friends to remember him on his birthday every September 21st with a smile and a “prost”.

Visitation and a Service will be held at Krause Funeral Home, 21600 West Capitol Drive, Brookfield, Wisconsin on Friday, January 17, 2020 from 4:00 PM – 8:00 PM.  Father Steve Lampe will officiate the service on Saturday, January 18, 2020 beginning at 8:30 AM with A “Celebration of Mark’s Life”.  Luncheon following the service at Bartolotta’s Lake Park Bistro in Milwaukee, Wisconsin.

To leave a condolence, you can first sign into Facebook or fill out the below form with your name and email. [fbl_login_button redirect="https://www.krausefuneralhome.com/obituary/mark-joseph-haberberger/?modal=light-candle" hide_if_logged="" size="medium" type="login_with" show_face="true"]
×