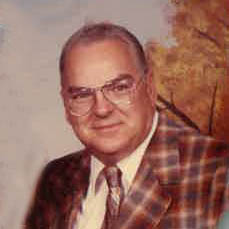 Martin was born in Waukesha, WI. He was one of a rare breed–a true gentleman.   While the concepts of knighthood and honor have long fallen out of fashion, some of the behaviors from that time still have meaning and purpose. The core concepts of the knight and the gentleman are similar: Protect the weak and defenseless, show compassion and mercy, speak the truth, and be courteous to others. Martin was all this and more. That’s not to say he was without faults – he had a few but they were easily forgiven by his many acts of kindness and generosity.

Martin was also a very humble man.  He did not look for recognition of his accomplishments but he had many.  Work to him was more than a job it was a responsibility and that job needed to be done and done well.  If he did not know something he educated himself.  He started his career out as an electrical technician with AC Delco in Milwaukee, WI.   He took a transfer to Houston Texas to join the space program at the Johnson Manned Space Craft Center. There “he worked the problems” given to him relating to the navigation and guidance of the Apollo space craft and the lunar module.  He eventually earned an honorary doctorate in electrical engineering from Rice University. He thought his greatest achievement was scoring a 110 on an exam in a graduate level program in engineering.  He answered a bonus question that “no one “ had  answered correctly.  Even the learned professors who designed the test got the answer wrong; until he showed them the real answer.  This fact he shared with very few people but it was something that was dear to his heart.  He went on to work on commercial and military navigation and guidance systems as well as a number of other “projects” that he could not divulge.

Martin was a strong man of faith.  He was a convert to the Roman Catholic faith.  His life closely mirrored the 7 gifts of the Holy Ghost; Wisdom, Understanding, Counsel, Fortitude, Knowledge, Piety and Fear of the Lord.  He had a true passion for the Blessed Mother and the Rosary.  He researched the various rosaries and chaplets and had an extensive collection of rosaries.  He enjoyed making and repairing rosaries.

Martin was a man of few words but when he did speak, it was from the heart. He will be greatly missed by his family, friends and fellow parishioners.

A High requiem mass will be said at Our Lady of the Rosary in Waubeka, WI on Sat July 10th at 9:30 AM. Followed by internment at St Martin De Tours Cemetery in St Martins, WI.

To leave a condolence, you can first sign into Facebook or fill out the below form with your name and email. [fbl_login_button redirect="https://www.krausefuneralhome.com/obituary/martin-a-follett/?modal=light-candle" hide_if_logged="" size="medium" type="login_with" show_face="true"]
×