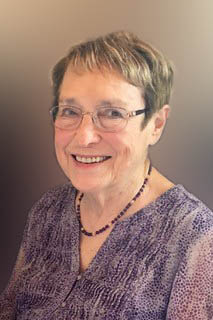 Mary Ann Swedlund Knudten, former campus dean & CEO of UWM of Waukesha, died after a brief illness on Sunday, October 23, 2022 during a visit to New York City. She was 87 years old and most recently a resident of New Berlin, Wisconsin.

A small-town girl who would go on to explore the world, Mary was born on June 18, 1935 in Kansas City, Missouri. Adopted within days by her parents Ethel and Earl Swedlund, she was brought to their home in Salina, Kansas and joined several years later by her younger sister, Margaret. The family lived modestly but comfortably until Earl’s death when Mary was 15. At this point, finances became very tight, and she began working to help support the household. Always a brainy student, Mary was able to attend the University of Kansas (KU) thanks to the generosity of scholarship donors.

While earning a degree in bacteriology at KU, Mary met her future husband, Richard Knudten, at a conference for young Lutherans and became interested in his field of study, sociology. As his professorial career took them to several college towns, she gave birth to four children while living in Wooster, Ohio and Newberry, South Carolina. She then earned a master’s degree in sociology from Valparaiso University in Indiana. In 1971, the family set down roots in Shorewood, Wisconsin, where both Mary and Richard became professors at Marquette University. During this period, Mary also earned a PhD in sociology from the University of Chicago.

As expectations and opportunities for women changed rapidly in the 1960s and 70s, Mary steadily grew her career and expertise. She authored several books and eventually left Marquette to cofound and head a criminal-justice research firm with her husband. Later, with that work and her marriage ending, she found her final calling as the campus dean & CEO of UWM at Waukesha.

Mary served at UWM at Waukesha from 1980 until her retirement in 1999—a job that brought her great satisfaction. She loved being in a position to help others learn and improve their lives, especially nontraditional and older learners trying to better themselves through education. She saw herself in those who had to work their way through school and took pride in supporting a campus environment that met students where they were.

Mary gave back to her community in many ways. She served as president of both the Waukesha Chamber of Commerce and the Waukesha Symphony Orchestra Board. She also volunteered at greater-Milwaukee organizations like The Hope Center, Ascension Lutheran Church, Gethsemane Lutheran Church, Alverno College, and SOPHIA, a coalition of diverse faith communities.

In addition to family and friends, the loves of her life were the arts (especially music) and travel. Mary was a familiar audience face at local theaters, sang in Milwaukee’s Bach Chamber Choir, and regularly took trips with her best friend Carol to enjoy music and theater in New York City, London, and beyond. Over the course of her life, Mary visited all 50 states and about 150 countries. Her later years were filled with interesting activities, beautiful sights, and steady companionship—a wonderful ending to her story.

Mary is survived by her children Stephen (Mary) Knudten, David (Elizabeth) Knudten, and Susan Knudten; grandchildren Rachel, Anna, Avalon, Claire, Helena, and Julia; best friend and soulmate Carol Dolphin; and sister Margaret (Tony) Cormier. As an adult, she also became acquainted with multiple members of her extended birth family, and she valued those connections. She was preceded in death by her son Thomas Knudten, grandson Jack Wegerbauer, and parents.

Services will be held on Monday, November 7, 2022 at Gethsemane Lutheran Church, 13200 West Greenfield Avenue in Brookfield, Wisconsin. Visitation hours will begin at 1:00 PM, followed by a service at 3:00 PM, with a reception to follow.

To leave a condolence, you can first sign into Facebook or fill out the below form with your name and email. [fbl_login_button redirect="https://www.krausefuneralhome.com/obituary/mary-ann-swedlund-knudten/?modal=light-candle" hide_if_logged="" size="medium" type="login_with" show_face="true"]
×