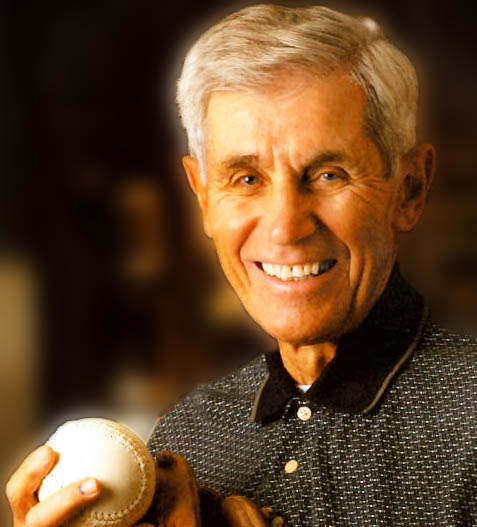 Born in Curtisville, PA; moved to Milwaukee at the age of 9. Attended Rufus King High School and Marquette University. Pancho was a co-pilot in WWII flying 23 bombing missions in a B17 Flying Fortress over Europe. He worked as a purchasing agent/manager at Harnischfeger and the Kelley Company in Milwaukee. His love of sports shaped his life from childhood to his last days. He played, coached, managed, officiated, scored and watched sports. He played football and basketball at Marquette University. He played basketball and baseball in amateur, industrial and semi-pro leagues around the area. He was a high school and college football official for many years and a Big Ten basketball official for 13 years. He was the official scorekeeper for the Milwaukee Brewers for 6 years, and he was involved with men’s softball throughout his life. Pancho participated in the Senior Olympics in softball and volleyball. He was inducted into the Rufus King Athletic Hall of Fame, the Wisconsin Senior Olympics Hall of Fame, the Old Time Ballplayers Association Hall of Fame, the Wisconsin Basketball Coaches Hall of Fame (as an official) and the Wisconsin Football Coaches Hall of Fame (as an official). A softball field was dedicated to him at McCarty Park where he often said “You’re never too old to play.”

Pancho’s life will be celebrated with visitation at Krause Funeral Home in New Berlin, Wisconsin on Sunday, January 9, 2022 from 3:00 PM to 6:00 PM, with a service beginning at 6:00 PM. Please bring a favorite Pancho story to share. Private family burial at Wisconsin Memorial Park on January 10th.

“Forever in our hearts–loved and remembered always.”

To leave a condolence, you can first sign into Facebook or fill out the below form with your name and email. [fbl_login_button redirect="https://www.krausefuneralhome.com/obituary/orlando-palesse/?modal=light-candle" hide_if_logged="" size="medium" type="login_with" show_face="true"]
×