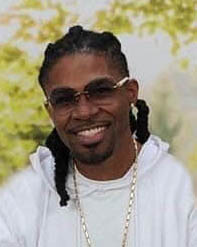 Ricky knew what he wanted to do with his life from an early age. At the age of 16, Ricky picked up a pair of clippers and decided he was going to learn how to cut his own hair. He later began practicing on the hair of his best friends who were like brothers to him. They became his guinea pigs and allowed him to chop up their hair! They kept allowing him to practice; it did not matter how ridiculous it turned out. They had every confidence in him that he would one day be great, and he was. Ricky remained friends with those brothers, Steven Gary, Cary and Timothy Gadsden from kindergarten until the very end. Truth be told, these guys were the original “Jackass Pranksters.”

Ricky was also a great cook. Everyone loved his macaroni and cheese, green beans, pork chops and greens. He enjoyed family gatherings, music and playing games with his children.

Ricky Darnell Bond departed this life on July 27, 2022. He was preceded in death by his grandfather John V. Bond, Sr. and grandparents Leon Thomas and Della Mingo.

Ricky, you are loved and will be deeply missed.

To leave a condolence, you can first sign into Facebook or fill out the below form with your name and email. [fbl_login_button redirect="https://www.krausefuneralhome.com/obituary/ricky-darnell-bond/?modal=light-candle" hide_if_logged="" size="medium" type="login_with" show_face="true"]
×