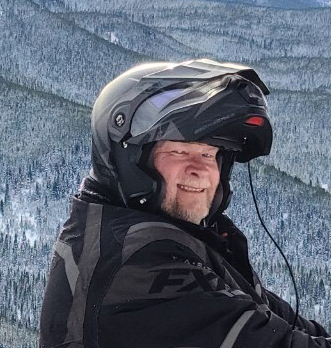 Bob was born to Sharon and Ludwig “Sonny” Werner. He grew up in West Allis where he graduated from Nathan Hale High School in 1983. After graduating from Stratton College, he worked selling insurance, stocks, and bonds and was the #1 Rookie in the country. He then embarked on a 31 year career in the electronic and physical security solutions industry. He started a partnership before owning his own company through 2001. At that point, he went to work for Integrated Security Solutions which was acquired by Convergint Technologies in 2018. Bob’s colleagues and friends respected him for his incredible work ethic, which he got from his parents.

In December 1998, Bob met his soulmate, Melissa “Missy”, online thanks to Mike, his cousin, who created Bob’s AOL profile. Shortly after, their first in-person meeting was during a terrible snow storm, and they were certain the next night that God had brought them together and they were meant to be. Meeting on AOL came full circle when the first movie they saw was “You’ve Got Mail.” They were married the following June, combining their two families. Brandon and Eric, Bob and Missy’s children from their previous marriages, respectively, were only 29 days apart. When asked if they were twins, they would reply “it was a long labor!” Together they welcomed two more children into their family, Nathan and Ashley. Throughout the years, they have welcomed many kids into their lives and provided a safe and loving place to stay when needed, which led to their “bonus” daughter, Amber, and her family.

Bob had a huge heart and a strong faith. Family was his highest priority and when he was not working, he was spending time with them. Missy says he spent more time with Nathan than anyone else, they were inseparable. Ashley inherited his sense of humor and they spent countless hours talking and sitting with each other on the couch. Bob was the person who would buy gas for a stranger, give money to someone he felt needed it, and even pay for another person’s groceries. The void of his generosity, caring heart, and strong work ethic will be felt by many. He loved hosting friends and family at their home in Missouri. He told Missy what a great summer it was down there this year and how much he enjoyed all of the friends and family that came to visit. One of his favorite weekends every year was the Shootout, which he got to enjoy in August with Nathan and two work friends. There was already excitement building for next years’ Shootout. While you could find Bob in Missouri on his boat in the summer, come winter he and Nathan loved to snowmobile with friends.

He was preceded in death by his grandparents; dad, Sonny; mom, Sharon: uncles, Fred Albrecht and Terry Snyder.

A special Celebration of Bob’s Life will be held on Saturday, October 30 starting at 10 am with a memorial service immediately following at 12 pm at Brooklife Church. The Memorial Service will be available via livestream at Brooklife.org -> Watch -> Watch Live for those unable to attend in person.

Bob’s favorite color was red, but please dress casually in whatever color you would like to celebrate Bob.

The celebration will be continued with a luncheon at the Cotton Exchange following the service.

To leave a condolence, you can first sign into Facebook or fill out the below form with your name and email. [fbl_login_button redirect="https://www.krausefuneralhome.com/obituary/robert-a-werner/?modal=light-candle" hide_if_logged="" size="medium" type="login_with" show_face="true"]
×