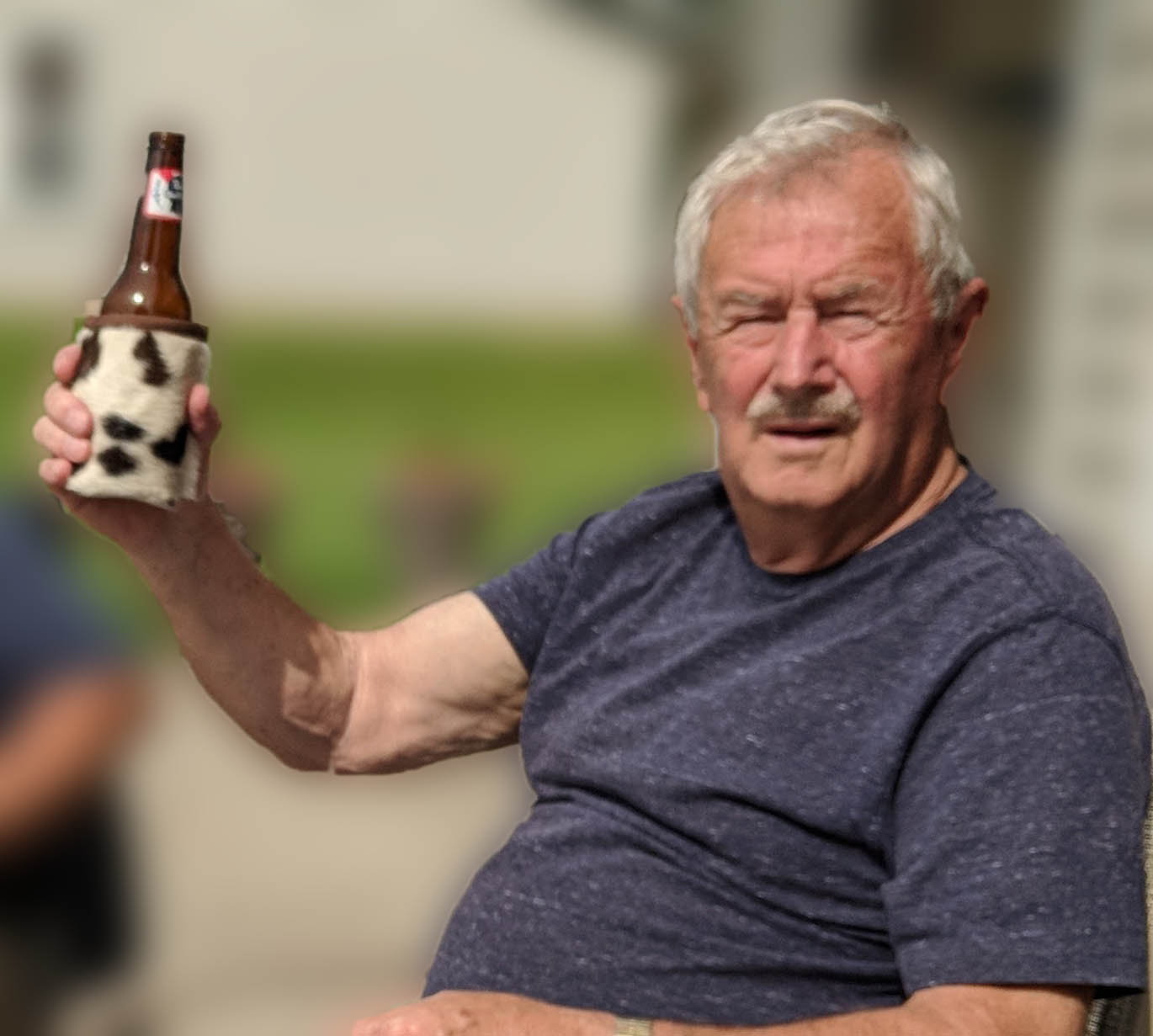 Roger was born in Green Grove, Wisconsin on June 27, 1940. He graduated from Loyal High School in 1959. Roger was drafted to the U.S. Army and served during the Vietnam war where he was stationed in Germany. It was there that he met his beautiful wife Gundi. Together they would be blessed with two children, Dailin and Scott. Roger was a long-time employee with Wallboard Drywall for over 30 years. He retired in 2003.

Roger was a proud member of the American Legion Post #71 in Pewaukee where he served as a member of the Color Guard. Together with his wife, he tended to the flowers at the Legion. He was an avid Packers fan where he’d attend games at the legion bar. He was also a member of Shepherd of the Hills Church. On warm (or cold) days, you could always find Roger with a cold PBR in hand. He would spend countless hours washing his car or tending to his lawn. He enjoyed going for long drives along the countryside.

Roger never met a stranger who he couldn’t turn into a friend. He will be missed by all who knew him.

To leave a condolence, you can first sign into Facebook or fill out the below form with your name and email. [fbl_login_button redirect="https://www.krausefuneralhome.com/obituary/roger-lavern-molle/?modal=light-candle" hide_if_logged="" size="medium" type="login_with" show_face="true"]
×