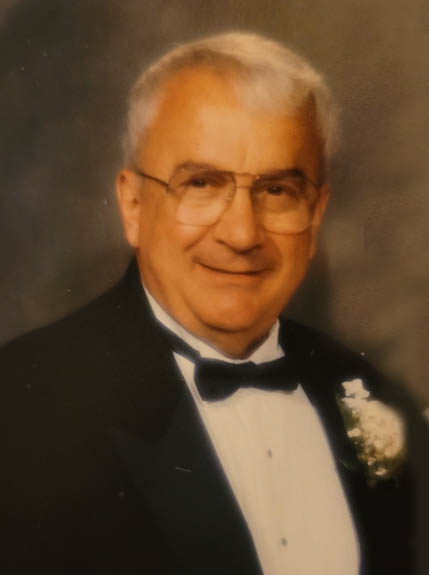 Born on November 14, 1931, in Tomahawk, Wisconsin he was the youngest of three sons of Christos and Soteria Rouman, immigrants from Lakonia, Greece. He graduated from Tomahawk High School, where he excelled in academics and sports, and was named outstanding member of the class of 1949. He attended the University of Wisconsin as an undergraduate student, enrolled in its school of medicine. After completing the requirements for pre-med in three years, he continued his education at the Texas Medical Center (Memorial Hermann Hospital) in Houston, Texas, where he was chosen intern of the year. A Badger through and through, he returned to the University of Wisconsin for specialty training in anesthesiology. It was then that he met his beloved wife, Diane. Upon completion of his residency, he was commissioned a captain in the U.S. Army Medical Corp and served with the 44th MASH unit and 121st Medical WAC Hospitals in Korea. Following his discharge from the Army, he returned to Wisconsin to live and practice, with clinical staff appointments secured at many of the major hospitals in the Milwaukee area. He was the first director of the department of anesthesia at Froedtert Hospital when it opened in 1980. A faculty member of the Medical College of Wisconsin for many years, he was by all accounts an outstanding clinician, teacher, and role model for medical students and residents, many of whom followed his footsteps into the specialty of anesthesiology. At Froedtert, he served on numerous staff committees at various levels, and retired from the medical school with the rank of Associate Professor. During a distinguished career combining practice and education, he was an active member of many medical and specialty societies and organizations among which were the American Medical Association, the Wisconsin Medical Association, the Milwaukee Society of Anesthesiology (which he served as president), the Society of Cardiovascular Anesthesia, the 38th Parallel Medical Society of Korea, and the Surgical Society of Milwaukee, (with the distinction of being the first anesthesiologist ever invited to join that august group). As a student, he was a member of Sigma Phi (social) and Nu Sigma Nu (medical) fraternities. Most important was his love for family and friends whom he readily regaled with unbridled wit and humor. Dr. William will long be remembered for the warmth of his smile and for his larger-than-life personality. He will be missed by the many persons who were drawn to him by his welcoming demeanor.

A special thank you to the staff at the Congregational Home for their loving care.

To leave a condolence, you can first sign into Facebook or fill out the below form with your name and email. [fbl_login_button redirect="https://www.krausefuneralhome.com/obituary/william-c-rouman-m-d/?modal=light-candle" hide_if_logged="" size="medium" type="login_with" show_face="true"]
×