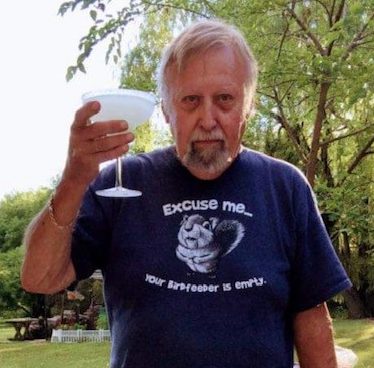 For many years, Bill and Molly were active members of the Great Dane Club of Milwaukee, successfully breeding a number of champion show dogs under the kennel name of Miramor Kennels. Bill also enjoyed following the Green Bay Packers and the Wisconsin Badgers football teams.

Bill and Molly lived on the northwest side of Milwaukee since 1970 where they shared a love of all of the critters who visited.

To honor Bill’s memory, Green Bay Packers and Wisconsin Badgers attire is encouraged as well as donations to the Alzheimer’s Association in lieu of flowers.

To leave a condolence, you can first sign into Facebook or fill out the below form with your name and email. [fbl_login_button redirect="https://www.krausefuneralhome.com/obituary/william-wigderson/?modal=light-candle" hide_if_logged="" size="medium" type="login_with" show_face="true"]
×