There are many stereotypes regarding both men and women.  Often, these stereotypes have little in common with the truth.  One example is that men aren’t as emotional as women, when the truth is they are every bit as emotional, they just don’t express their feelings in the same way. 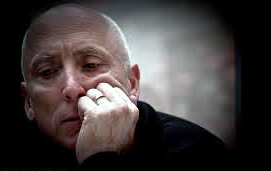 Unlike women, men are not allowed to show real emotion in our society.  But let’s not kid ourselves, just because something is unseen doesn’t mean it isn’t there.

We’ve seen it in the news many times—a car or a house is swallowed up by a huge sinkhole.  No one ever saw it, but it was there underneath the surface just waiting to open up.  Male emotions are complex and not unlike the sinkhole–just because we don’t see them on the surface does not mean they aren’t there.

A recent study in the American Journal of Medicine and Psychiatry found that while men most certainly do experience the same “typical” feelings of sorrow and loss as their female counterparts, they rarely display these emotions.  Instead, men will generally display the following:

Men also have different coping and healing strategies than women.  Women do well with grief work therapy that deals with their current thoughts and feeling, but studies show that men do better with restoration oriented coping which takes their mind off the present, and helps them focus on the future and moving forward.

Emotions are not about gender, but about the individual.  When it comes to men and loss, don’t fall victim to our media mentality.  Life is not a commercial; real men aren’t always driving around in RAM trucks, or jet-setting to exotic places while drinking Dos Equis.  Real men experience loss, grief, sorrow, and sadness in profound ways, and need to express those emotions without fear of criticism or judgment.