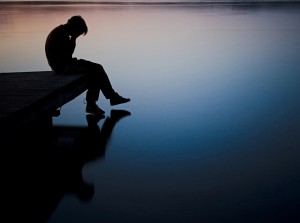 James was consumed with grief years after his mother passed away from breast cancer.  She had complained for some time that she wasn’t feeling well, but James knew she could be a bit of a hypochondriac at times, so he rarely took her complaints too seriously.  He recounts how he would turn his back to her and roll his eyes when she couldn’t do things for herself.  Many times he was impatient with her, and other times he promised to help her with a project in her home, but never did.

LeAnn was a go-getter.  As the Director of Human Resources for a Fortune 500 company with offices around the world, her job frequently required her to travel.  This never bothered LeAnn, or her husband who encouraged her passion for seeing the world.  Whenever she was working somewhere she found particularly interesting, LeAnn would make a point of extending her trip by a day or two to explore the city and take in its sights.  On one these extended trips, she called home after a long day of sight-seeing, but there was no answer.   She called her husband’s cell phone but was never able to reach him.  She left a message telling him she was exhausted and turning in for the night, and that she would talk to him the next day.  But that would not be.  Shortly after 1AM, there was a knock on her hotel room door.  She opened the door to find her boss, along with local authorities there to notify her that her husband had been in a terrible accident back at home, and had died at the scene.

While their stories of loss are very different, James and LeAnn shared something in common. Though many years had passed since the death of their loved ones, both were stuck in deep despair.   On the journey of grief, feelings of guilt and regret can become the biggest road blocks towards healing.  Though no one ever fully “heals” after a loss, we do learn to cope and mitigate our feelings of sorrow in better and healthier ways.  Both James and LeAnn sought help for these feelings, and were able to find peace and self-forgiveness—one through grief counseling and professional therapy, the other through pastoral counseling and deepened spirituality.

In his powerful book, “A Grace Disguised: How the Soul Grows Through Loss” author Jerry Sittser shares this profound statement:

The difference between despair and hope, bitterness and forgiveness, hatred and love, and stagnation and vitality lies in the decisions we make about what to do in the face of regrets over an unchangeable and painful past.  We cannot change the situation, but we can allow the situation to change us.  We exacerbate our suffering needlessly when we allow one loss to lead to another.  That causes gradual destruction of the soul.  This destruction of the soul represents the tragedy of what I call the “second death,” and it can be a worse tragedy than the first.  The death that comes through the loss of spouse, children, parents, health, job, marriage, childhood, or any other kind is not the worst kind of death there is.  Worse still is the death of the spirit, the death that comes through guilt, regret, bitterness, hatred, immorality, and despair.  The first kind of death happens to us; the second kind of death happens in us.  It is a death we bring upon ourselves if we refuse to be transformed by the first death. [pp. 99-100].

Guilt and regret are soul killers.  But we can learn the skills that allow the death of our loved ones to change and transform us in meaningful ways—ways that make us stronger and better people—ways that minimize the harmful feelings of guilt and regret. If you are struggling with these adversaries, we encourage you to seek help today.  If you were able to overcome them on your own, wouldn’t you have done it by now?  Reach out; find the help you need, and let your healthy soul thrive once again.