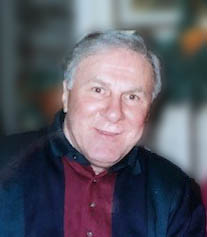 Tony was blessed with a happy childhood being the youngest of five growing up in a loving Italian family on Milwaukee’s eastside. His family values of honesty, kindness, and generosity were passed on to his daughters and grandchildren. Tony graduated from Lincoln High School. He was drafted to serve in the US Army during WWII. After discharge, he attended Spencerian College, graduating in 1949. He was employed by the Wisconsin Gas Co. for 38 years retiring in 1988. In 1954 Tony and Eleanor were married, starting 68 years of beautiful memories. Tony cherished his three daughters and adored his six grandchildren. During retirement spending time with family especially his grandchildren brought him great joy. He rarely missed their sporting events, music concerts, or plays. Whether it was a summer trip to St Germain or a trip to Jake’s for a corned beef sandwich spending time with his grandchildren was priceless. Just being with family brought him much happiness. Tony’s nephews and nieces also had a special place in his heart. Tony has left us with many beautiful memories and we will carry his spirit in our hearts forever.

To leave a condolence, you can first sign into Facebook or fill out the below form with your name and email. [fbl_login_button redirect="https://www.krausefuneralhome.com/obituary/anthony-silvestri/?modal=light-candle" hide_if_logged="" size="medium" type="login_with" show_face="true"]
×