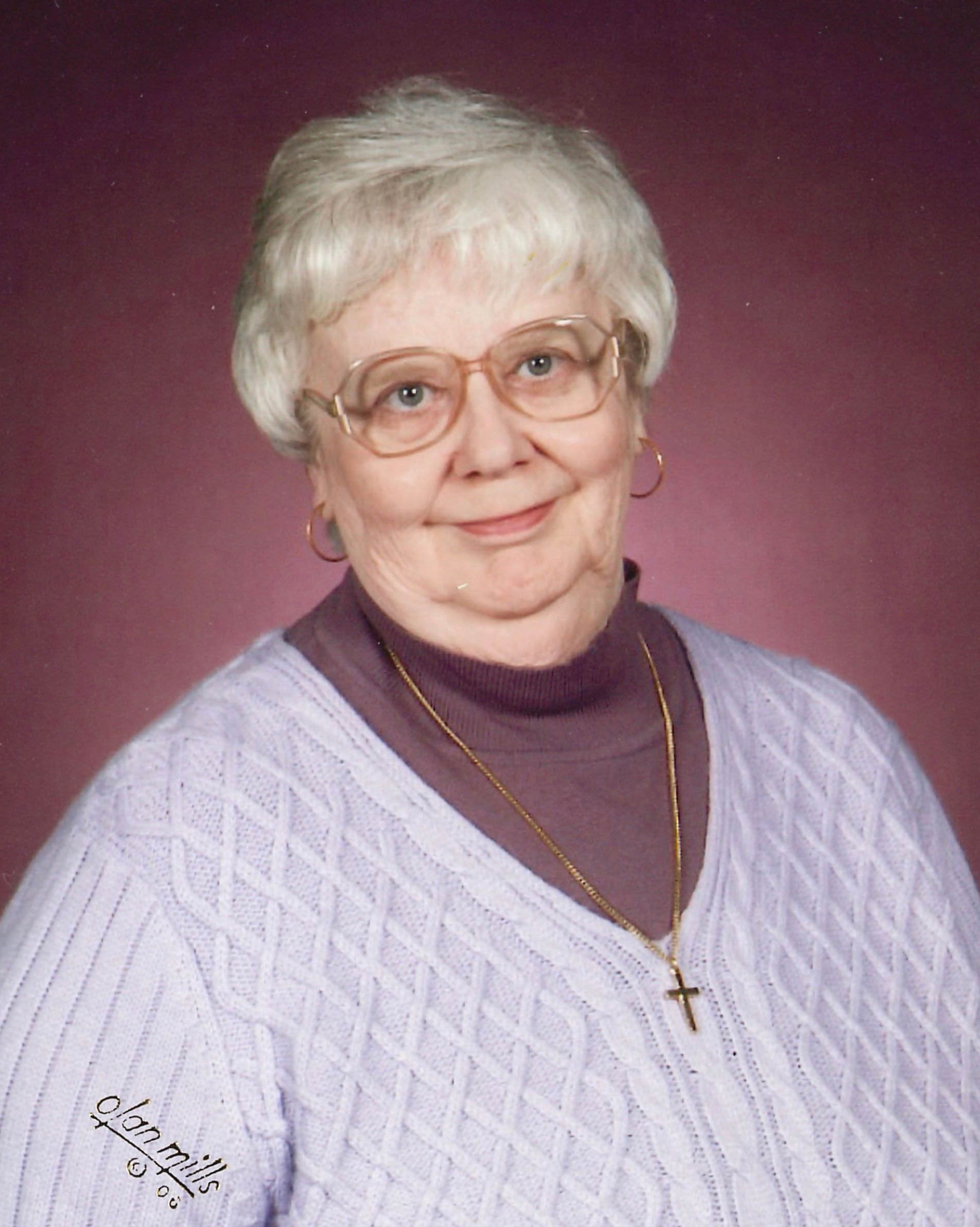 Ardiss was born July 23, 1941 in the town of Spirit to Arvid and Eileen (nee Dahl) Nelson.

Ardiss graduated 7th in her class of 1959, the first graduating class of Tomahawk High School. Known by “Ardi”, she worked in the Fabric department at Ben Franklin for 30 years. She loved talking with people and helping them figure out what they needed for any sewing or craft project. She could add up the fractions in her head faster than anyone using a calculator could. Beneath the fabric cutting table, was a small container of index cards, where she kept track of every customer’s purchase, regardless of whether they lived in town or were up at their summer cottage. It was the Fifty Yard Club, and when they reached the purchase of fifty yards, they got one yard of fabric for free.

Ardiss is survived by her daughter Sherrie (Matthew) Lorbeck and 4 grandchildren, George, James, Emily and Peter Lorbeck of Oconomowoc.

She is further survived by one sister, Virgene (Vic) Graves of Garibaldi, OR, a brother-in-law, John Walbeck of Tomahawk and sister-in-law, Pat Nelson of Green Bay, along with two aunts: Loretta Soderstrom of Shawano, and Arlyss Niemi of Plover. She is also survived by four nieces and one nephew: Michelle Stroczyk of Garibaldi, Deanna Bollinger, Sharon Gustafson of Tomahawk, Susan McNerney of Oconto Falls, and Steve Walbeck of Tomahawk, along with many cousins including Wilbert and Gloria Nelson of Tomahawk.

Ardiss was preceded in death by her parents, her brother Elroy and her sister Janet, along with many aunts, uncles and cousins.

Services for Ardiss Nelson will be held at a later point in early May at Krueger Family Funeral Home in Tomahawk with interment taking place at Hillcrest Cemetery in Spirit.

Deep thanks to Mark and Nicole Krause and John Krueger and Karen Gauerke for all their tremendous support and help during this time of loss.

To leave a condolence, you can first sign into Facebook or fill out the below form with your name and email. [fbl_login_button redirect="https://www.krausefuneralhome.com/obituary/ardiss-irene-nelson/?modal=light-candle" hide_if_logged="" size="medium" type="login_with" show_face="true"]
×