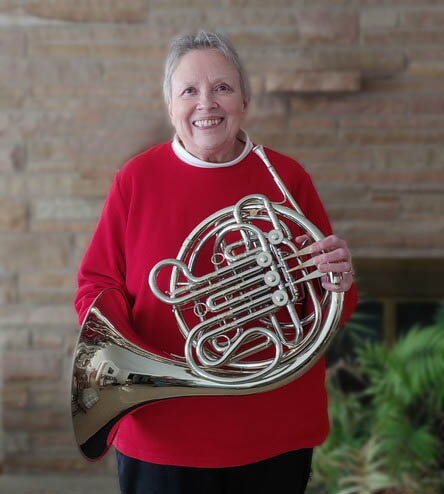 Born and raised in Chicago, Illinois, Barbara excelled in academics and graduated high school a year early, going on to major in English at the University of Illinois Chicago and later becoming an editor. Barbara would go on to edit highly technical works in the medical physics and early computer graphics industry. Later on, these editing skills would be employed to show her children how to write textbook-perfect prose for their schoolwork.

Barbara and John met in college band and carried that love of music and each other throughout their lives. Barbara often said she took up the French horn because a band teacher desperate for horn players declared her to have perfect pitch (although she had her doubts about that claim). She was a member of the Wauwatosa Community Band and the First United Methodist Church Blessed Brass in Madison, WI, until first the COVID shutdowns and then her health limited her ability to participate.

Barbara was a frequent visitor to the Wauwatosa Public Library and could often be found outside gardening in nice weather. She was also a talented knitter and needleworker, and many of her countless culinary creations became family treasures.

Together with her husband, John, Barbara created a fantastic childhood environment for her two children, Mike and Suzy, supporting them in their education and interests, and always providing a warm, loving home to come home to, whether as little kids or as grown adults returning home for the holidays.

She will always be loved, remembered and missed.

To leave a condolence, you can first sign into Facebook or fill out the below form with your name and email. [fbl_login_button redirect="https://www.krausefuneralhome.com/obituary/barbara-sandrik/?modal=light-candle" hide_if_logged="" size="medium" type="login_with" show_face="true"]
×