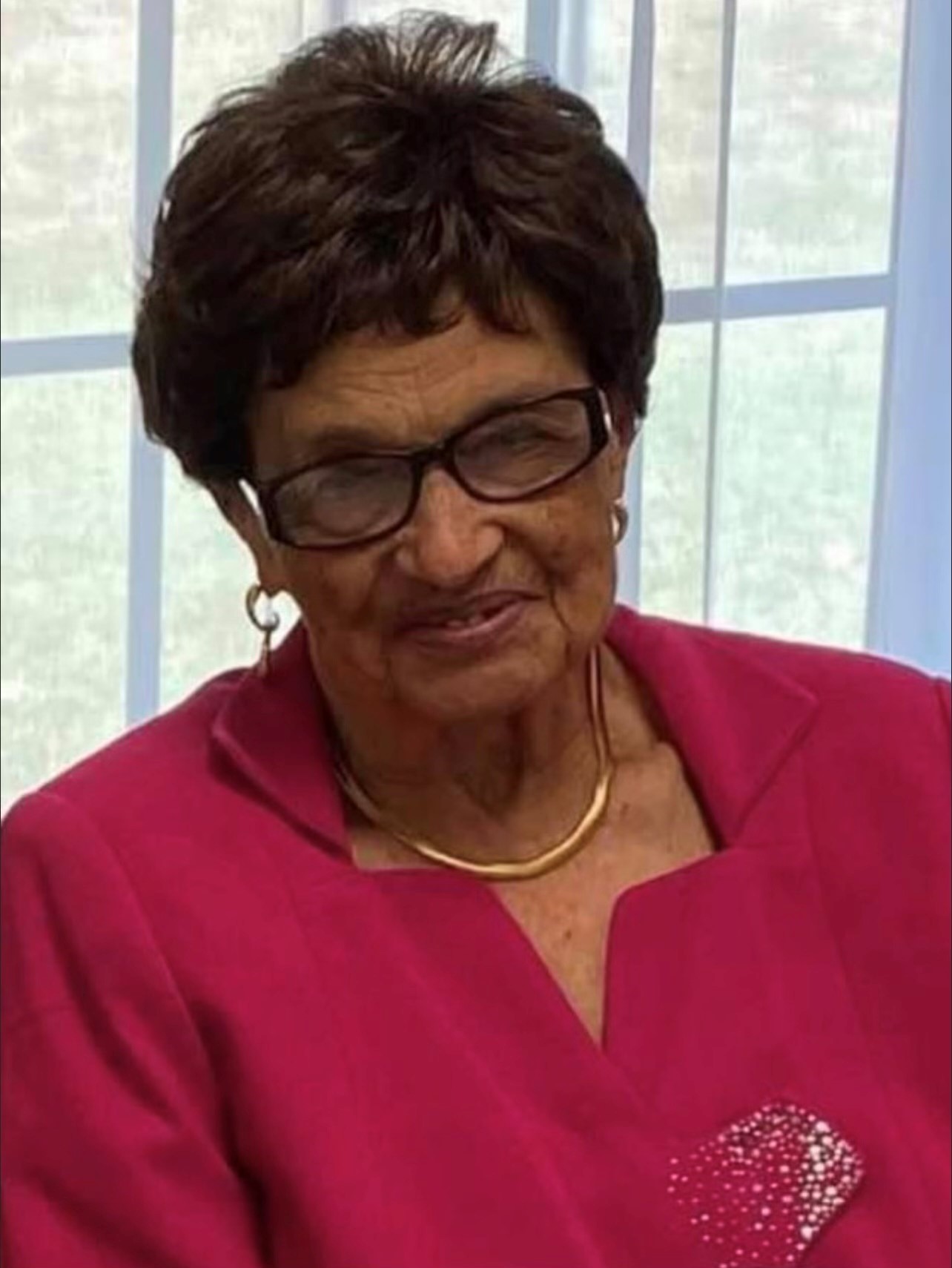 Mother Dessie Ree Murphy Fisher was born August 8, 1929 to Willie and Willie Kay Murphy of Whiteville, Tennessee.  She is the second of five children born to this union. Mother Fisher peacefully transitioned from mortality to reward on Wednesday, January 26, 2022.

Upon the sudden death of her father Willie, Dessie and her older sister, Addie, were taken in by her grandparents George and Maggie Murphy to raise.  George (Buck) and Lucille Murphy assisted in raising them along with their own children, Curtis, Lacy, and Rayfield, whom she esteemed as her natural brothers and sisters.

Dessie attended Union Springs Elementary School and Allen White High in Whiteville, Tennessee. Dessie was an all-region basketball player leading the school to the state championship in 1948.  Upon graduating from high school, she enrolled at Lane College, Jackson, Tennessee, where she received a bachelor’s degree in Elementary Education. While attending Lane, she joined the Alpha Kappa Alpha sorority, and met the love of her life J.B. (Joseph) Fisher, Jr. and they were married in March of 1951. To this union, two sons were born, Joseph and J.B. Fisher III.

She began her teaching career at Eastside Elementary School in Parsons, Tennessee.  She taught first through fourth grade from 1952 until 1966. In 1966, Eastside was closed due to integration, and she was reassigned to Parsons Junior High School, where she taught from 1966 to 1969.  While living in Parsons, she was a faithful member of Temple Church of God in Christ.

In 1969 she moved to Milwaukee, Wisconsin.  Upon moving to Milwaukee, she was hired by the Milwaukee Public School System, where she worked from 1969 to 1992.  She taught at several schools during this time, but her longest and most enjoyable position was at Townsend Street Elementary, which was her placement at the time of her retirement.  She joined Rehoboth Miracle Temple soon after moving to Milwaukee in 1969 under the leadership of Elder Vernell Wallace. To this day, 52 1/2 years later, she remained a faithful member at Rehoboth under the leadership of Elder Wallace, Elder R. V. Mills, Elder Courtney Sinclair, and her most recent pastor, Elder Jeffery Rideout. While at Rehoboth, she has served in many capacities: Sunday School Teacher, Coordinator of Vacation Bible School, Usher, Church Secretary and Church Mother; and received many awards including usher awards and Mother of the Year on multiple occasions.

Dessie loved basketball and enjoyed rooting for her Milwaukee Bucks. She also enjoyed traveling, working in her church, working crossword puzzles and, most of all, spending time with her family.

Dessie was a strong supporter of her family and friends in their many endeavors, not only financially, but would travel long distances to personally show her support with her presence. Her light, her smile, her laugh, and her support will be missed…

Preceding her in death are her parents, Willie and Willie Kay Murphy; her grandparents who helped raise her, George and Maggie Murphy; her husband, Joseph B. Fisher, Jr.; her sisters, Addie Anderson, Nancy Allen, and Ora Lee Tolbert; and her brother, J.D. Murphy. In addition to her two sons, Joseph and J.B.; she has two daughters-in-law, Calla and Marilyn; four grandchildren, Juan, Carissa, Cami and Jason. She is also blessed with eleven great grandchildren: Joseph, Justin, Cammeron, Caylin, Jace, Cali Brenyn, Jaila, Jakob, Olando, DJ, and Brooklyne; an adopted son, Randy Hogan, who promised her husband he would work for her as long as she lived; a loving brother-in-law, Robert Fisher, who was more like a natural brother for over 70 years; and, a very special friend, Mother Ruby Billings, both members of Rehoboth for many years. She also leaves many beloved nieces, nephews, cousins and other special friends to cherish her memory.

To leave a condolence, you can first sign into Facebook or fill out the below form with your name and email. [fbl_login_button redirect="https://www.krausefuneralhome.com/obituary/dessie-ree-fisher/?modal=light-candle" hide_if_logged="" size="medium" type="login_with" show_face="true"]
×