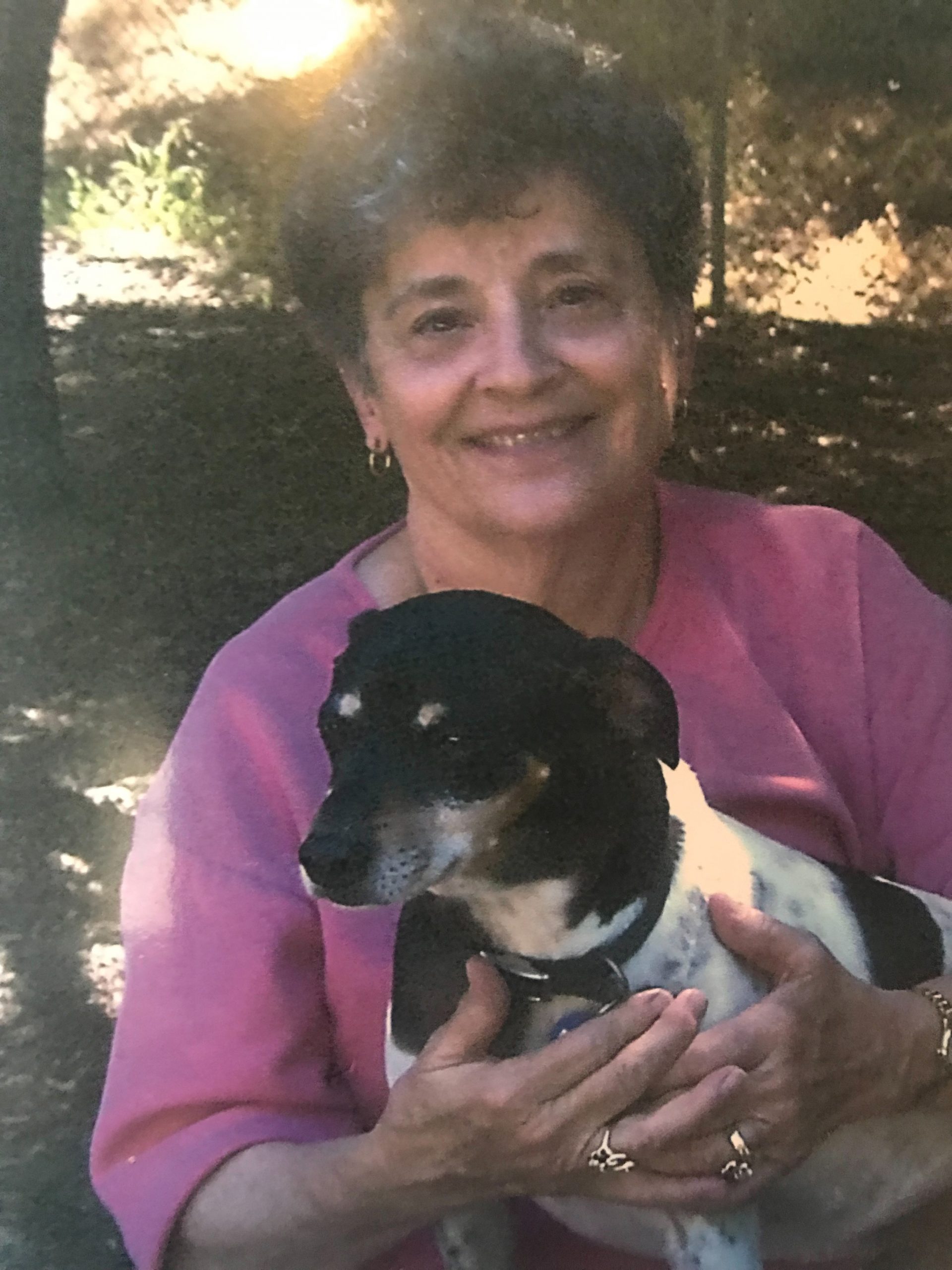 Diane Houle passed away last March on the Spring Equinox in Dousman, Wisconsin, at the of age 92. Diane had an interesting and full life. She was born in Boston the year after the stock market crash to a Colombian father and an American mother of French Canadian extraction. Her father was in the states to attend college at MIT, where he obtained a degree in civil engineering. After college he was staying in a hotel with his parents where he met Diane’s mother who was working there for the summer after graduating from teacher’s college.

They eloped to New York City and Diane was born a year later in Boston. Her mother got typhoid right after she was born so was away for at least a month, recovering. When she was 5 they moved to Colombia where her father worked for Texaco in the jungle while she and her mom, who taught at the American School, lived in Cucuta. When she was 12 she went to boarding school at the Sacred Heart Nun’s Convent in Bogota until graduation.

She learned to ride taking lessons from the local Colombian Calvary in Cucuta, and had excellent English equitation to the end as a result. When she was 14 she and another young girl were allowed to accompany the soldiers on a cross country ride through little towns, where the kids would point and exclaim, “Mujeres! Mujeres!” (Women! Riding with the soldiers! Women!) as they trotted by.

She left for nursing school in Boston, and after graduation and working for awhile in Boston, she decided to work for Saudi Aramco in Saudi Arabia where she lived for 6 years. She had two different Arabian mares there that she bought from the local Bedouin Tribe. It was there that she met her husband Jim who was a chemical engineer. They had a whirlwind romance and married in Switzerland and honeymooned in Europe.

Not long after that, they had their first child Judy, who spent her toddler hood there, but was born in New York during a temporary transfer, and a few months after the birth of their second child Lisa, they went back to the states, settling in Westchester County 30 miles north of Manhattan on the Greenwich Connecticut border. This was followed by their third child John.

In 1970 her husband Jim got a job with Bechtel, so the family moved to Danville in the Bay Area. She and Jim separated, but continued to do things as a family while he lived in San Francisco. Danville was an ideal town for someone who loved horses, and Diane joined the San Ramon Valley Horsemen while Judy and Lisa got active in the Danville Jr. Horsemen. From the house she and the girls could ride to either Mt. Diablo or the Las Trampas Ridge Parks with endless trails. She also rode on at least two campouts a year in the Sierras or Pt. Reyes with the clubs. She also tried a little competitive trail riding.

She worked a number of nursing jobs including the rehab dept. at the County Hospital, as a visiting nurse for the county, and later as a workman’s comp medical manager for two different insurance companies, which she really loved. Being fluent in Spanish, she got all the Mexican winery workers and translated for the doctors, etc.

In 1987 she reestablished connections with her Colombian relatives who she had gradually lost contact with after the tragic death of her father who died while she was in nursing school. Her best girlfriend there, who was American, had married one of her second cousins who later became president of Colombia. (Yes, president, she was a member of one of the Colombian oligarch families.) She got a call from her friend saying they were flying into Travis Air Force Base on the way back from a state visit in South Korea, and would she come out and visit while they were there. They were doing a layover there because the President had come down with diverticulosis while in S. Korea, and it was imperative that he look healthy when returning to Colombia or there’d be a military coup or something!

So Diane, Judy and Lisa got dressed up and headed out to Fairfield and waited for the plane. They got to hang out with the president, Virgilio Barco Vargas (her maiden name was Vargas) and his whole entourage in a guest house on the base for a few hours. This included the president’s personal doctor who happened to be Diane’s old sweetheart in Colombia, so the four of them went off base to a restaurant. It was really funny seeing them together after all these years.

So from then on Diane traveled every two years to Colombia and visited all her relatives, including in 1990 when Pablo Escobar was bombing everything and shooting all the Supreme Court Justices, which made her family in the states very nervous. Her last visit was when 9-11 happened, and she joked that she got out of Colombia with four machetes in fancy scabbards (which she had bought for the De Anza Colorguard that friends George Cardinet and Nancy Dupont had put together) but they confiscated her eyebrow pluckers.

Diane lived in Rossmoor which she loved, for 11 years after selling the house in Danville, keeping her horse in the Rossmoor barn. She was a member of the hiking club and worked part time in worker’s comp medical management until she was 75. At that time, with the rising costs of the monthly fees for the amenities due to a new CEO, she was forced to move to senior living in Sonoma County where her daughter Lisa lived with her family. When Lisa passed after a long battle with cancer, she decided to move to Waukesha, Wisconsin, where her son John lived with his family, and where she could live cheaper than California.

She lived in senior living, then assisted living, and then spent the last 10 years in a very good nursing home where she was well cared for near Waukesha. She was predeceased by her daughter Lisa, and ex-husband Jim. She is survived by her daughter Judy, son John, his wife Melissa, and six grandchildren; Lisa’s daughter Mariel, and son John and Melissa’s five children, Isabella, Alex, Emilia, Jaime, and Olivia. She will be greatly missed by all.

To leave a condolence, you can first sign into Facebook or fill out the below form with your name and email. [fbl_login_button redirect="https://www.krausefuneralhome.com/obituary/diane-elizabeth-houle/?modal=light-candle" hide_if_logged="" size="medium" type="login_with" show_face="true"]
×