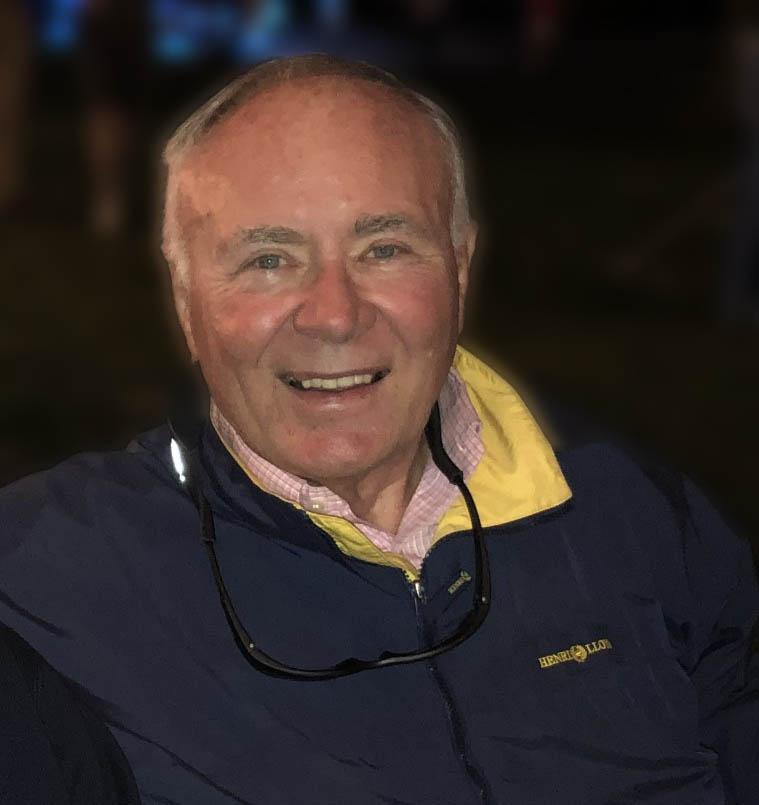 Of Pewaukee – Passed away on January 8th, at the age of 77, after a 7 year battle with a rare neurological disease. Loving husband of Virginia “Ginny” (nee Strobel). Dear father of Kevin (Anne-Marie) and Kristen (Sean Briggs) and Grampie to Jonathan, Caroline, Madeline, and Nicholas Roth and Chloe Briggs. Brother of William Roth. Further survived by many loving friends and relatives. Preceded in death by parents Alexander and Karla (Lucas) Roth and brother Thomas.

Jerry was born in Fort Devens, MA in 1944 and moved to Milwaukee shortly after birth. As a teen, he was a dedicated caddy at Milwaukee Country Club and through that work, was awarded a highly esteemed scholarship from the Evans Scholar Foundation. He graduated from Custer High School in 1961 and went on to get to get a degree from the University of Wisconsin – Madison in Chemistry. Upon completion of his degree, he moved to Chicago to take a research position at Swift Chemical Company, where he was involved in developing several products and held multiple patents under the company’s name. It was in Chicago that he met his wife Ginny and married. In 1972, he decided to leave his field of work and take a position in sales back in Milwaukee. In 1978, he, along with 2 others, founded Enterprise Lighting. He experienced a very gratifying and successful career and made many close friends along the way. His success afforded him the luxury of retiring in his 50’s and he was able to go on to enjoy his passions.

Lake living was what he loved most. Summers were spent on Pewaukee Lake boating, judging sailboat races and enjoying double bubbles at the Yacht Club. He loved to travel and ski. He was a dedicated Badger Alum and was a 30-year season ticket holder for Badger football. He would rarely miss a game, especially during the years his son and daughter attended school there.
We will all remember his larger than life personality and the way he lit up the room. He loved his wife and children fiercely and was devoted to his grandchildren like no other. He will be greatly missed by many.

Our sincerest gratitude to the staff at Heritage Lake Country and Heartland Hospice, who both cared for him tirelessly in his final hours.

Due to the pandemic, a private mass and burial will be held. A celebration of life in honor of Jerry will be planned for the summer.

To leave a condolence, you can first sign into Facebook or fill out the below form with your name and email. [fbl_login_button redirect="https://www.krausefuneralhome.com/obituary/gerald-a-roth/?modal=light-candle" hide_if_logged="" size="medium" type="login_with" show_face="true"]
×