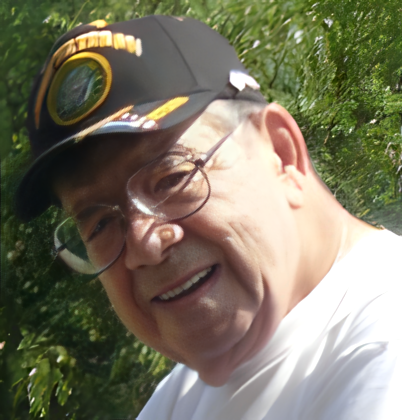 Private services will be held.

Jerry graduated from Kaukauna High School in 1958, entered the Army in 1959 as a Specialist 4 stationed in Germany and was honorably discharged in 1965. He graduated from the Milwaukee School of Engineering in 1969 and 1974 with degrees in Industrial Management. Jerry joined Eaton-Cutler Hammer Corporation in 1969 in Information Systems and was promoted multiple times, working as a Sr. Systems Development Consultant. In the early 1980s, he consulted throughout the US and Canada with long term assignments in Carol Stream IL, Cleveland OH and Long Island NY. He retired in 1996.

Jerry was inseparable from “Patsy” his true love; they raised five kids, he spearheaded many new construction family projects and remodels/home improvements and was always hands-on; He loved trap/skeet shooting and taught Patsy, Johnny, Penny, and Patty who enjoyed competitions with him. JR kept very active with 12 grandkids building tree forts, putting on epic family plays, and being a New York city tour guide with Pat (taking 2 grandkids at a time). He found great enjoyment passing along his second love, fishing (esp. muskies) and hunting (esp. ducks). JR “camcorded” family and life events like no other. Jerry would light up/engage with any/all of his 18 great grandchildren, including playing ball with them from his wheelchair in his last years.

Jerry had a great zest for life, from writing poetry to skydiving, being an avid outdoorsman, an extravagant holiday yard decorator, a prolific seller of poppies for the American Legion Post 488, master puzzle maker, a fervent supporter of conservative political candidates/causes, and belting out songs from his amazing record collection of jazz and classic pop, singing Frank Sinatra ‘til the end.

Jerry and Pat traveled extensively across the US, Canada, Mexico and around the world, including Paris, China, Hong Kong and Egypt as highlights. Train/bus trips were favored by this adventurous duo in the latter years. Jerry had a sharp wit and loved to share his brand of humor with anyone willing to listen. JR, you will be missed by so many of us: family, friends, caregivers and strangers who became fast friends with your engaging personality.

To leave a condolence, you can first sign into Facebook or fill out the below form with your name and email. [fbl_login_button redirect="https://www.krausefuneralhome.com/obituary/jerome-james-reinke/?modal=light-candle" hide_if_logged="" size="medium" type="login_with" show_face="true"]
×

Private services will be held.