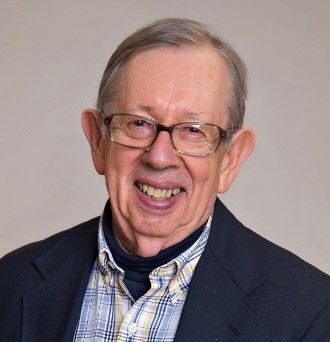 Lee is survived by his wife, Julianne Jordan Mevis, daughters Sarah (Michael) Keefe and Molly (Steve) Hannan, and grandchildren Eleanor & Charlie Hannan and Danny & Anna Keefe. He was preceded in death by his parents, Edward and Lillian Moericke Mevis, his brother Reid Mevis, and many dear friends and relatives.

Lee was born on June 23, 1936, in Princeton, Wisconsin. He spent his summers at the family cottage on Green Lake, where he enjoyed sailing and water skiing. Lee graduated as valedictorian from Princeton High School in 1954. He attended Lawrence University in Appleton for one year. Then he attended the University of Wisconsin Madison, where he was a member of Sigma Phi Epsilon and graduated with a degree in Business Administration in 1958. Lee also attended the Graduate School of Banking at the University of Wisconsin-Madison.

Lee worked in the banking industry his entire career, beginning with his very first job sweeping floors at the First National Bank of Princeton as a teenager. After graduation, he worked as an assistant national bank examiner for six years. Lee spent the rest of his career working for First Wisconsin National Bank / Firstar Bank, retiring as a VP of the Credit Administration Division in 1997. Some of his most cherished friendships were made at the bank, and he enjoyed socializing with these friends at the men’s Christmas luncheon he hosted at the Wisconsin Club and the New Year’s Eve parties he and Julianne hosted in their home. After retiring, Lee continued to be involved in banking as a consultant for Ledger Savings Bank, Maritime Savings Bank, and Kenney Bank and Trust. Lee was very proud to be a director and chairman of the investment committee of the Charles E. Benidt Foundation, Inc. Throughout his banking career he was also involved with numerous community organizations, including the American Cancer Society, Central YMCA, Wisconsin Society to Prevent Blindness, Keep Greater Milwaukee Beautiful, and Park People of Milwaukee.

Lee was a member of the Wauwatosa Avenue United Methodist Church, and his faith was very important to him. He was a former treasurer for the church and participated in men’s Bible study via Zoom.

Lee loved classical music, opera, and theater. He and his wife were regular patrons of the Milwaukee Symphony, Florentine Opera, Skylight Opera Theater, and other Milwaukee arts organizations. Lee was an avid photographer, a hobby that began when he was a young boy. He had a dark room in his longtime home in Wauwatosa and captured nearly every moment of his two daughters’ childhoods. Lee also enjoyed his garden of tomatoes, watching Packer games, Blondie and Dagwood movies, cooking, reading, traveling, computers, brats on the grill, spending time at the family cottage on White Lake and singing with the Bel Canto senior chorus at St. Camillus. He took great pride in his four grandchildren and loved hearing about their academic, sports, music, and theater successes.

To leave a condolence, you can first sign into Facebook or fill out the below form with your name and email. [fbl_login_button redirect="https://www.krausefuneralhome.com/obituary/lee-john-mevis/?modal=light-candle" hide_if_logged="" size="medium" type="login_with" show_face="true"]
×