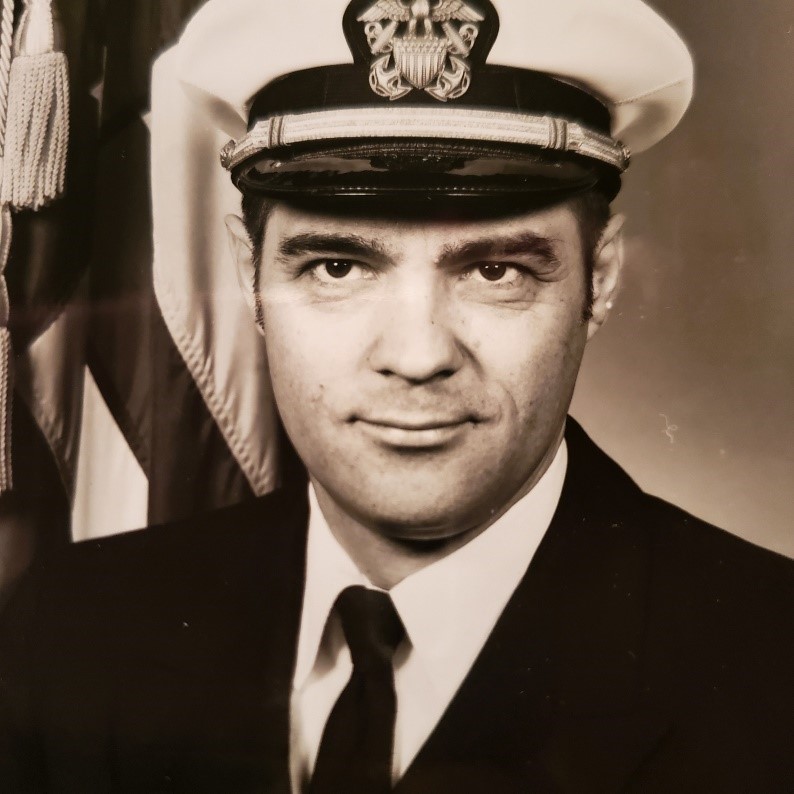 Lt. Cmdr. Ronald D. Scott was the second of three sons born to Harold and Gladys (nee Stauber) Scott. He and his family embraced education, and in 1955, Ron graduated from UW-Madison with a Bachelor of Arts degree in Political Science and membership in Phi Eta Sigma Fraternity, Phi Beta Kappa, and the Honor Society of Phi Kappa Phi.

Upon graduation, Ron received a commission as Ensign in the US Navy, ready to embark on new adventures. In his role as a submarine officer, Ron and his growing family spent time in Virginia, Hawaii, Connecticut, Massachusetts, Maryland and Greece. He earned his Master of Arts in Law and Diplomacy from the Fletcher School at Tufts University in 1966, prior to his 3-year assignment in Athens, Greece. In 1975, Ron retired from active duty in the Navy and moved to Kansas City, where he continued sharing his passion, teaching Naval Junior ROTC in the Shawnee Mission School District. He then came home to Milwaukee and continued teaching NJROTC in Milwaukee Public Schools before retiring fully in 1996. He was especially proud when two of his daughters were also commissioned as Naval officers.

In 1993 Ron discovered another passion when he met Carol Rose Bacon, who joined him on a new journey of fun, travel and adventure. They married the following year. For 27 years they traveled to exciting places, enjoyed wonderful music and theater, and shared their love of good food with friends and family. Ron and Carol were very active in the arts community, supporting venues large and small. Ron continued to support veterans, helping organize and later serving as President of the Veterans and Military Families for Progress, an advocacy group created to address veterans’ issues, particularly “coming home” issues of readjustment to civilian life. He also helped organize the Waukesha branch of “Dryhootch,” a veterans organization providing safe space where veterans could gather for peer-to-peer counseling, comradeship, and help in readjusting to civilian life. Ron was an active member of the United States Submarine Veterans, Inc. which inducted him into their esteemed Holland Club for those designated as “Qualified in Submarines” for more than fifty years.

Ron is survived by the love of his life, his wife Carol. He is also survived by his children Katie Obbink, Sandy Scott, Diane (Gary) Fergot, and Doug Scott; grandchildren Sarah (Jeremy) Mericle and Alexander (Katie) Fergot; and great-grand children Sophie and Arthur. He will also be greatly missed by many other family and friends.

Preceding Ron in death were his parents Harold and Glady and his brothers James and Ian.

Private interment will be held at Wisconsin Memorial Park

Your final dive is made; Sailor, rest your oar.

To leave a condolence, you can first sign into Facebook or fill out the below form with your name and email. [fbl_login_button redirect="https://www.krausefuneralhome.com/obituary/lt-cmdr-ronald-d-scott/?modal=light-candle" hide_if_logged="" size="medium" type="login_with" show_face="true"]
×