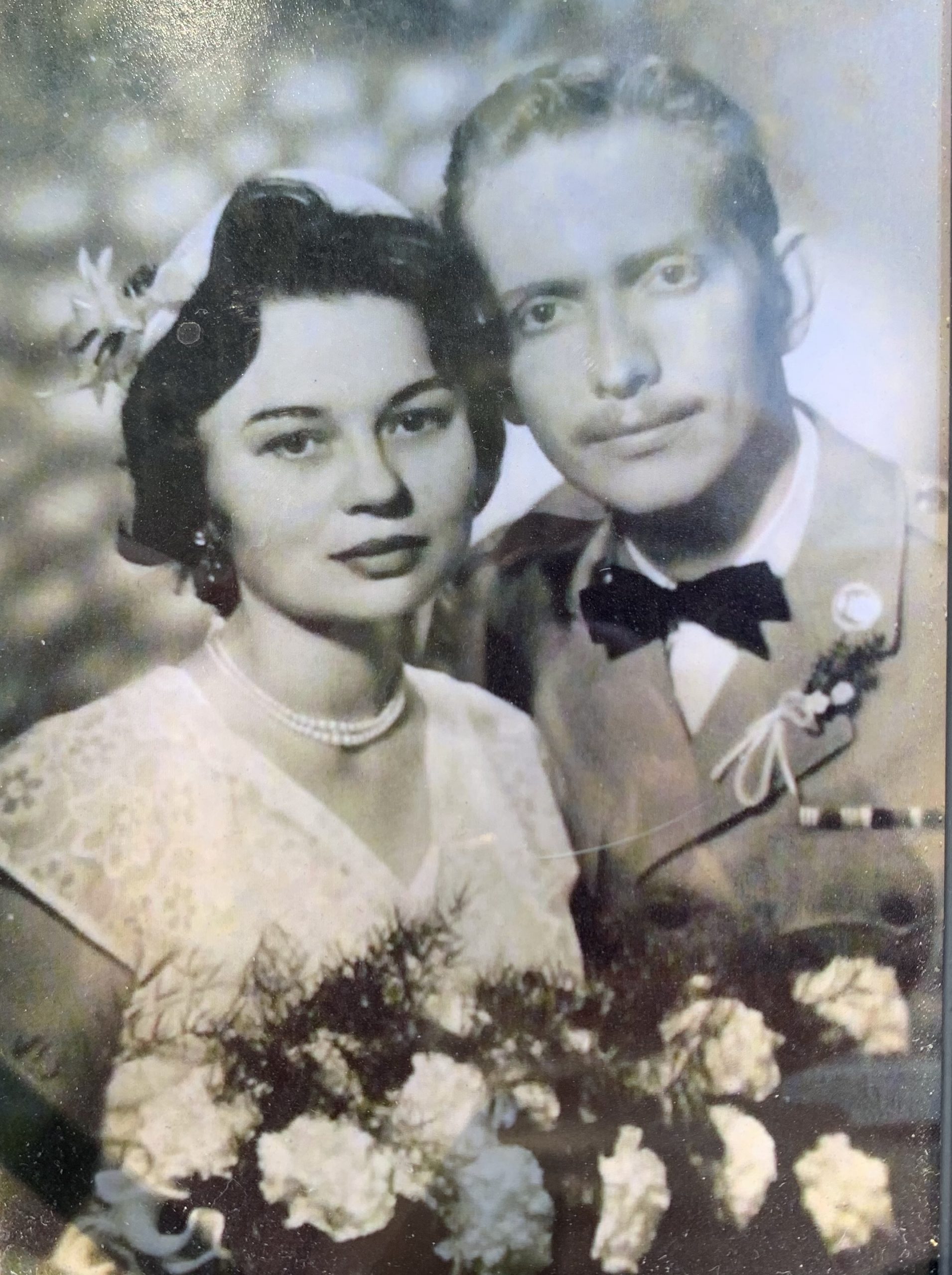 One year ago, Marshal “Steele” walked into the waiting arms of his savior, Jesus Christ, and his beautiful wife, Christiane.  He is survived by and will be so missed by his children, grandchildren and great grandchildren.

Steele was born to Gordon Riley Brookshire and Georgia Anne Brookshire (Garrett) near rural Belton, South Carolina.   He was the third of four sons and he had three sisters, who all predeceased him.  His father died when he was five.  So, he was raised in a single parent household run by his mother. He was a good son.  He worked to help the family as soon as he was able. And spent many days in the sweltering heat harvesting cotton, before he enlisted in the Army Air Corp which later became the United States Air Force.  He served our country honorably for more than 26 years.  During that time, he spent time in Germany and France.

In Landsburg Germany, he met and married the love of his life, his one and only wife, Christiane Senta, on January 14, 1956.  One day after their wedding, he adopted his wife’s daughter, Gabrielle.  In December of 1956, they had their son, Homer.  And, then in 1958, they had their daughter, Theresa.  In 1961, he spent a year in Greenland on an isolated tour.  They travelled the world together with their children for the next 20+ years.  He served in Viet Nam from 1969-1970.  They lived all over the southern United States and spent time in France, Germany and Taiwan.  He retired from military service on October 31, 1976.  That was when they made their final relocation to their forever home in Milwaukee. After retirement from the Air Force, Marshal worked at Milwaukee Boiler and Lakeside Bridge and Steel. With his wife, he spent many days babysitting their grandchildren.

He was an honorable man.  And, in his final days, his main concern was making sure those he loved knew that he loved them. The children left behind to miss him:  Gabrielle Rita Stephenson (Shirley); Homer Brookshire (KC); Theresa Owens (Gary).  They were also blessed with 13 grandchildren, and 17 great-grandchildren and 3 great-great grandchildren.

To leave a condolence, you can first sign into Facebook or fill out the below form with your name and email. [fbl_login_button redirect="https://www.krausefuneralhome.com/obituary/marshal-s-brookshire/?modal=light-candle" hide_if_logged="" size="medium" type="login_with" show_face="true"]
×