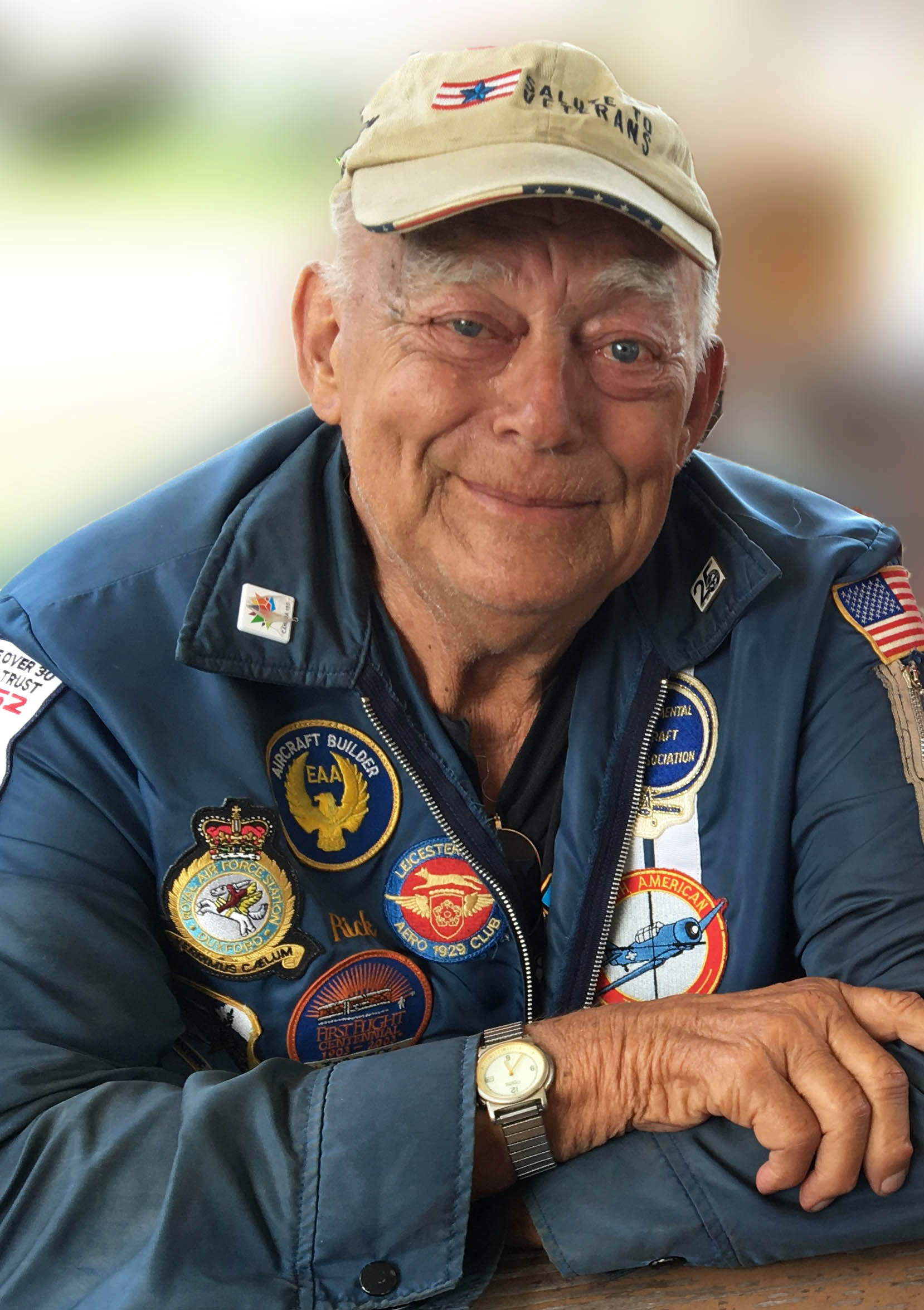 Rick was born on June 7, 1938 in Milwaukee, Wisconsin. Rick attended Boys Tech High School and was an active member of the Civil Air Patrol. After high school, Rick joined the United States Air Force and served on a B-52 during the Cold War. After serving in the USAF, Rick was a maintenance machinist, first with A.O. Smith and then spending most of his career at Pabst Brewery.

Rick’s love for aviation and the ability to tell a story made fast friends wherever he went. Rick was a proud member of the EAA since 1962, but was involved with the grass roots organization starting in the 50’s. Fondly known as the Benevolent Dictator of the Oshkosh Irregulars, a group started at Oshkosh EAA camp by a few friends and strangers. The group has grown to over 100 and Rick’s legacy there will live on in Thursday night meetings for the next generations to come.

Rick has gone west and is united once again with Joan. Blue skies, tail winds and love follow him on the journey.

To leave a condolence, you can first sign into Facebook or fill out the below form with your name and email. [fbl_login_button redirect="https://www.krausefuneralhome.com/obituary/ricki-w-marquardt/?modal=light-candle" hide_if_logged="" size="medium" type="login_with" show_face="true"]
×