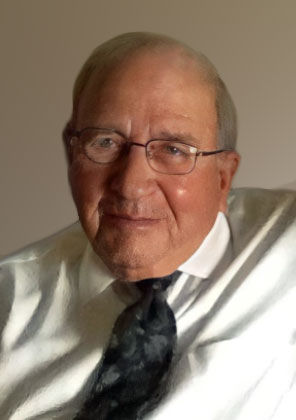 Roger is best known for seeing the good in others. He kept his wife laughing for 66 years! As his family grew, so did his joy! Having served in the Korean War he annually enjoyed meeting up with his comrades in Branson, MO. His career in retail started at the young age of 13 working for the neighborhood grocer. He later joined his cousin owning and operating Townsend Foods until joining Sentry Foods. His compassion for others showed in his care for employees and loyal customers. Roger’s career in retail moved into a supervisory role with Pill & Puff and Goodwill Industries.

Gathering at Krause Funeral Home, New Berlin, Wisconsin on Thursday, November 10, 2022 from 9:30 AM – 11:00 AM. Service 11:15 AM. Entombment at Southern Wisconsin Veterans Memorial Cemetery.

To leave a condolence, you can first sign into Facebook or fill out the below form with your name and email. [fbl_login_button redirect="https://www.krausefuneralhome.com/obituary/roger-c-stephan/?modal=light-candle" hide_if_logged="" size="medium" type="login_with" show_face="true"]
×