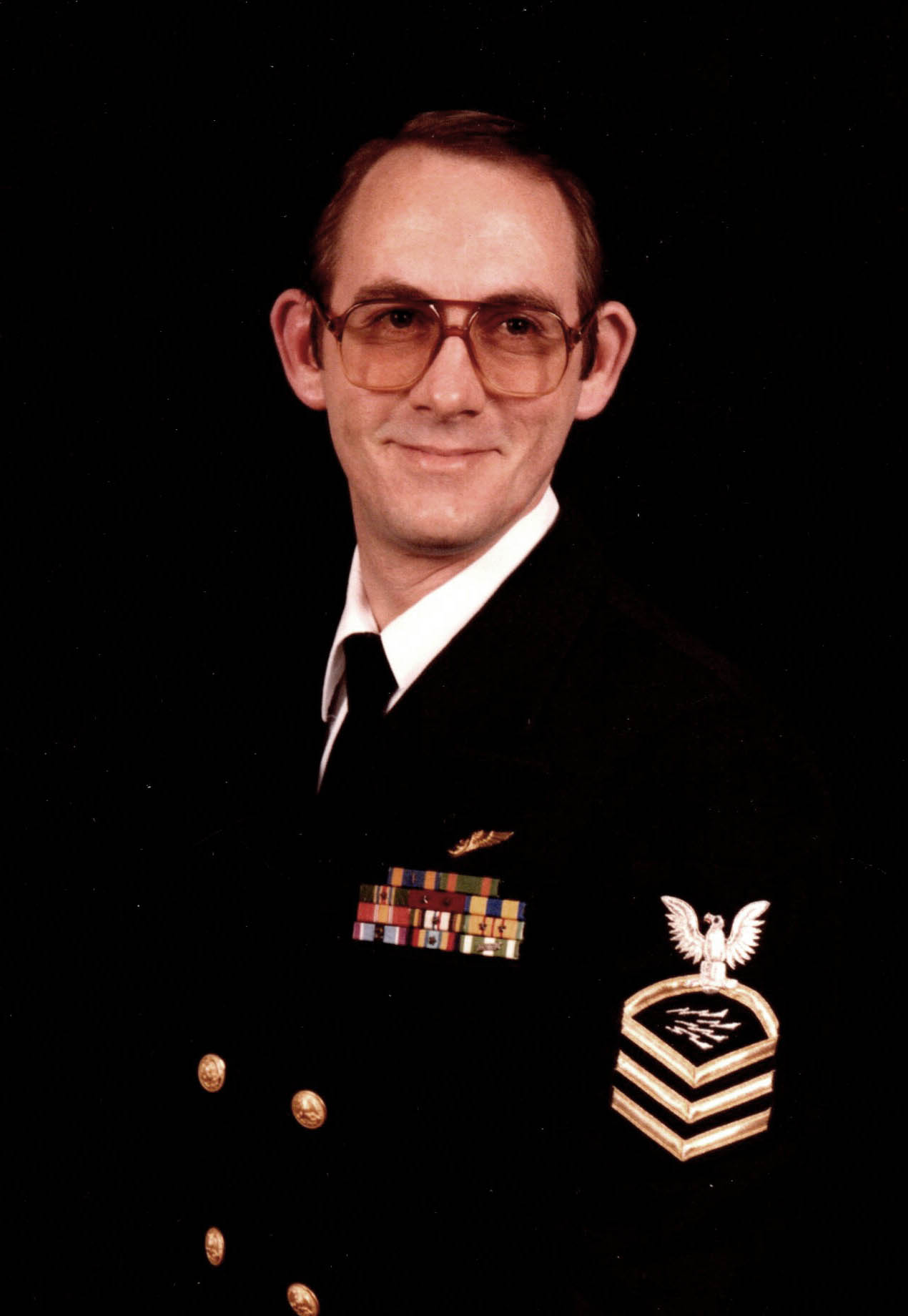 Steve grew up in the “happy days” era in Tulsa, Oklahoma. He loved fast cars, pretty girls, Doo Wop music, Ray Orbinson, Frankie Valli and The Four Seasons, ohnny Cash and Glen Campbell. He reveled in cruising up and down Peoria, blasting the music on the car radio and zooming into Penningtons for a shrimp basket and a Coke. His good friends Walter M. Fast (aka Wildman Fast), Bob Chandler, Kent Fox, Mike Fenimore and Weston Hill were always involved with their teenage hijinks. Yes, these were the happy days of his youth!

Steve was ab it of a rebel when young, so he decided to take his mom’s car and credit card, without permission, and drove to Oklahoma City with a buddy and enlisted in the U.S. Navy. He was only seventeen at the time! Pop and Dorothy sat him down and asked him, “Son is this really what you want to do?” He said yes, so in August of 1964 he went to San Diego for boot camp and “A” school.

One of his first duty stations was squadron 8 Crew II out of Patuxent, Maryland. He really enjoyed flying and being part of a crew. This was during the Vietnam War.

Other duty stations included the USS Dubuque. This ship and her crew participated in the evacuation of Saigon. Then he was assigned to the naval weapons station in Concord, California. Next came the USS Comte de Grasse, followed by duty in Bath, Maine with the Fleet Introduction Team. The next sea duty was aboard the USS Nassau. He finished out his career at NAVCAMS LANT as Communications Leading Chief Petty Officer.

Steve often said that his decision to join the navy was one of the smartest ones he ever made.

His medals, decorations, citations and campaign ribbons awarded are as follows:

When he wasn’t working, Steve enjoyed travelling the highways and back roads of our beautiful country with his “little spinner” wife Mary, Happy gypsies making numerous trips to visit family in Tulsa, St. Louis and Milwaukee in their RV. The Outer Banks of North Carolina was a favorite vacation spot. Their little pack of animals were always with them for these trips.

When his body started to betray him with chronic back and leg pain, Steve enjoyed watching ME-TV, the old Western shows: The Lone Ranger, The Rifleman, Gunsmoke and Roy Rogers would stir memories of a simpler time. You could often find him enjoying his favorite snack of kettle popcorn.

Due to COVID, we will have a celebration when it is safe to gather at a future date.

Memorials appreciated to the Wounded Warrior Project, Disabled American Vets or a Humane Society of your choosing.

Until we meet again, Happy Trails!

To leave a condolence, you can first sign into Facebook or fill out the below form with your name and email. [fbl_login_button redirect="https://www.krausefuneralhome.com/obituary/steven-glen-emmons/?modal=light-candle" hide_if_logged="" size="medium" type="login_with" show_face="true"]
×